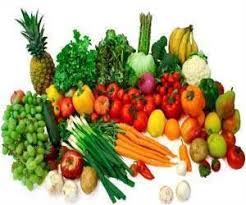 Both the diet recommended by the American Heart Association, as well as a plant-based vegan diet, are able to lower the risk of cardiovascular diseases in obese children - but the plant-based diet has been found to be twice as effective. This is the outcome of a preliminary US study published in the "Journal of Pediatrics".


Researchers from the Cleveland Clinic included 28 obese children with high cholesterol aged between 9 and 18 in their study. Part of the study subjects consumed plant-based products and whole grains, with limited amounts of avocados and nuts, no added fat, and no animal products. The other group followed the recommendations of the American Heart Association (AHA) and ate fruit, vegetables, whole grains and non-whole grains, limited sodium, low-fat dairy, selected plant oils, and moderate amounts of fish, as well as lean meat.

"Cardiovascular disease begins in childhood", explained lead author Michael Macknin. "If we can see such significant improvements in a short four-week study, imagine the potential for improving long-term health in adulthood if a whole population of children began to eat these diets regularly."