US 'will not fund research for modifying embryo DNA' 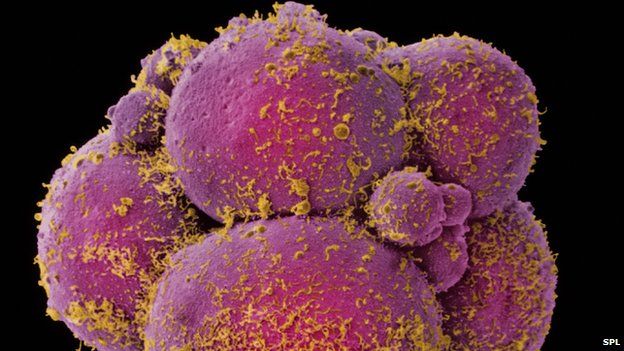 Modifying the DNA of embryos is a "line that should not be crossed", a leading figure in US research says.

Dr Francis Collins, National Institutes of Health director, was responding to reports that the first embryos had been modified in China.


He argued there were "serious and unquantifiable safety issues", big ethical questions and no compelling medical reason to do it.

He said the NIH would not fund such research in the US.

The advent of "Crispr technology" - which is a more precise way of editing DNA than anything that has come before - has spurred huge progress in genetics.

But there had been growing concern these tremendous advances were making the modification of human embryos more likely.

Dr Tony Perry, a pioneer in cloning, told the BBC News website in January that designer babies were no longer "HG Wells" territory.

Concerns were also raised in the journal Nature as rumours circulated that it had already taken place.

Their world first, reported in the journal Protein and Cell, showed the correction was successful in seven out of 86 attempts.

However, there were a number of other "off-target" mutations introduced to the genetic code.

The embryos used were "non-viable" so could never have led to a child.

There have been repeated calls for a worldwide freeze on such research while society as a whole decides what should be allowed.

However, the US National Institutes of Health has made its position clear - that no such research should take place.

Dr Collins, who was also a key player in the Human Genome Project, released a statement saying: "The concept of altering the human germline in embryos for clinical purposes has been debated over many years from many different perspectives, and has been viewed almost universally as a line that should not be crossed.

"Advances in technology have given us an elegant new way of carrying out genome editing, but the strong arguments against engaging in this activity remain.

"These include the serious and unquantifiable safety issues, ethical issues presented by altering the germline in a way that affects the next generation without their consent, and a current lack of compelling medical applications."

Dr Marcy Darnovsky, from the Center for Genetics and Society in the US, argued: "There is no persuasive medical reason to manipulate the human germline because inherited genetic diseases can be prevented using embryo screening techniques, among other means.

"Is the only justification for trying to refine germline gene editing the prospect of so-called enhancement?"