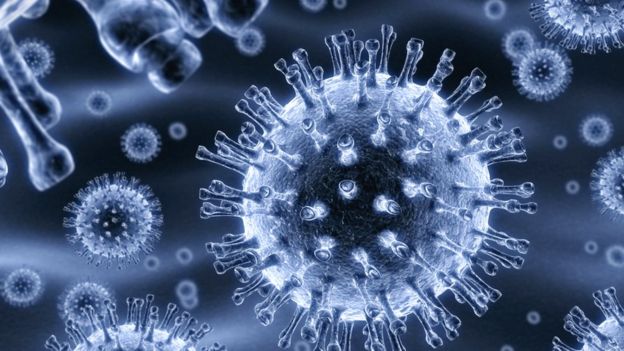 The first people to be gene-edited - a pair of baby twin girls - may have been mutated in a way that shortens life expectancy, research suggests.


The first people to be gene-edited - a pair of baby twin girls - may have been mutated in a way that shortens life expectancy, research suggests.

Prof He Jiankui shocked the world when he genetically altered the twins to try to give them protection against HIV.

But a study in Nature Medicine shows people who naturally have the mutation he was trying to recreate were significantly more likely to die young.

What was Prof He trying to do?

Prof He was targeting a gene called CCR5.

It is a set of genetic instructions that are important for how the immune system functions.

However, they are also the doorway that human immunodeficiency virus (HIV) walks through to infect cells.

Mutations to CCR5 essentially lock the door and give people resistance to HIV.

So, Prof He made embryos in an IVF clinic and then used gene-editing technologies on them to alter the CCR5 gene.

The resulting girls - known as Lulu and Nana - were born last year.

What does this have to do with life expectancy?

The problem is CCR5 has a bigger role in the body than just making people vulnerable to HIV.

It is active in the brain and in fighting off other infections, particularly flu.

The study, at the University of California, Berkeley, looked at nearly 410,000 people in the UK.

It showed those who had only the mutated version of CCR5 were 20% more likely to die before they turned 78.

"In this case, it is probably not a mutation that most people would want to have," said Prof Rasmus Nielsen, from UC Berkeley.

"You are actually, on average, worse off having it."

Fellow researcher Dr Xinzhu Wei said the gene-editing technology, known as Crispr, was still too risky to be using on children.

"The Crispr technology is far too dangerous to use right now for germ-line editing," she said.

What does this mean for the twins?

The implications for Lulu and Nana are still unclear.

"It is impossible to predict if the mutations carried by the twin girls will have any effect," said Prof Robin Lovell-Badge, from the Francis Crick Institute.

Not everyone who carried the mutations in the study died young but it was more likely.

And life expectancy depends on a complex mix of the DNA you are born with and the world you live in.

To further complicate things, Prof He mutated CCR5 in a similar rather than identical way to people who have HIV resistance.

Prof Lovell-Badge said the study "shows once more that He Jiankui was foolish to choose CCR5 to mutate".

What was the reaction to Prof He doing this?

There was universal condemnation by scientists when Prof He made the announcement in November.

Some described the experiment as "monstrous".

And he was criticised for experimenting when the risks to otherwise healthy children were unclear and for acting against Chinese law.

There was also anger because HIV can be treated and there was barely any risk of it being passed from the HIV-positive father to his children.

The Chinese authorities investigated and concluded that Prof He had acted illegally in pursuit of "fame and fortune".

Prof He has always defended his experiments and at a summit in Hong Kong said he was "proud" of his gene-editing work.