Obesity not caused by lack of willpower - psychologists 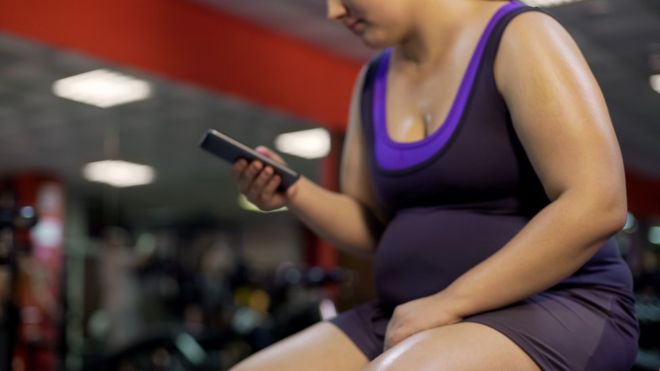 Obesity is not a choice and making people feel ashamed results only in them feeling worse about themselves, a report by top psychologists says.


Obesity is not a choice and making people feel ashamed results only in them feeling worse about themselves, a report by top psychologists says.

It calls for changes in language to reduce stigma, such as saying "a person with obesity" rather than an "obese person".

And it says health professionals should be trained to talk about weight loss in a more supportive way.

Obesity levels rose by 18% in England between 2005 and 2017 and by similar amounts in Scotland, Wales and Northern Ireland.

This means just over one in four UK adults is obese while nearly two-thirds are overweight or obese.

But these increases cannot be explained by a sudden loss of motivation across the UK - it is a lot more complicated than that, according to the British Psychological Society report, which concludes it "is not simply down to an individual's lack of willpower".

"The people who are most likely to be an unhealthy weight are those who have a high genetic risk of developing obesity and whose lives are also shaped by work, school and social environments that promote overeating and inactivity," it says.

Psychological experiences also play a big role, the report says, with up to half of adults attending specialist obesity services having experienced difficulties in childhood.

And stress caused by fat shaming - being made to feel bad about one's weight - by public health campaigns, GPs, nurses and policymakers, often leads to increased eating and more weight gain.

Comedian James Corden recently spoke out against fat shaming, saying: "If making fun of fat people made them lose weight, there'd be no fat kids in schools."

Psychologists can use their expertise to help train health professionals to communicate better on obesity, says Dr Angel Chater, report author and reader in health psychology and behaviour design at the University of Bedfordshire.

"If the treatment for obesity was easy, we wouldn't be here and wouldn't have written this report," she says.

"You might have the best willpower in the world, but if you don't have access to the right food, the right environment, the best start in life... it will be tough."

The government should approach the problem of obesity in the same way as smoking, the report says.

British Psychological Society chief executive Sarb Bajwa said: "It has taken action at all levels for decades, from government policy to helping individual smokers, but we are now seeing significant reductions in the level of smoking and the health problems it causes.

"Psychologists have the science and clinical experience to help the health service do the same for obesity.

"We can help, not just by devising ways of helping individuals, but also by advising on public policy which will help create an environment in which people find it easier not to become obese in the first place."

However, the psychologists are not in favour of obesity being classed as a "disease", because, they say, this could take the focus away from behavioural changes that could succeed.