Head injuries: Cheap drug 'could save thousands of lives a year' 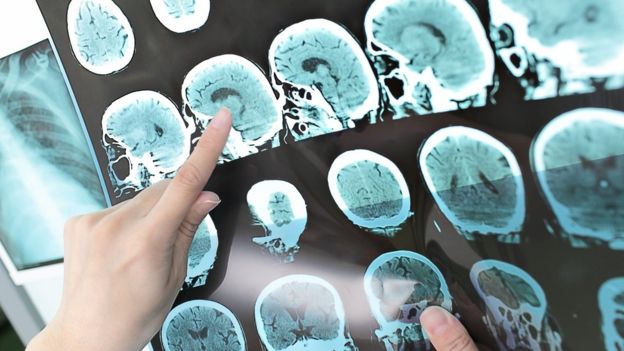 A cheap and widely available drug could save hundreds of thousands of lives a year worldwide if it was routinely given to people brought into hospital with head injuries, UK doctors say.


A cheap and widely available drug could save hundreds of thousands of lives a year worldwide if it was routinely given to people brought into hospital with head injuries, UK doctors say.

Tranexamic acid helps stop bleeding in and around the brain when blood vessels have been torn.

A large international study in The Lancet now suggests it improves patient survival rates if given early enough.

Intravenous tranexamic acid is already used to treat patients with life-threatening bleeds from chest or abdomen injuries as well as women with dangerous bleeding after childbirth.

'I knew I was stunned'

Pam Foley, an artist from Oxford, is one of the patients who took part in the study, led by the London School of Hygiene and Tropical Medicine (LSHTM).

Some of the 12,000 head-injury patients in the trial were given the drug while others were given a dummy injection or placebo.

Pam does not know which she received but is grateful she was able to take part.

After falling off her bicycle, she had fractured her skull and cheek bone and was bleeding from her head.

She said: "All I remember is one minute on my bike, next minute on the ground trying to get up.

"I knew I was stunned but I didn't realise how much I had hurt myself.

"There were people around me, fortunately, who were so kind, and somebody called the ambulance."

Pam lost her sense of smell and taste after the head injury and they have not returned - but, overall, she said, she felt very fortunate with her recovery.

The drug appeared to work when given up to three hours after the head injury, reducing the risk of death for some patients.

The treatment is not effective for everyone.

While it can help patients with mild or moderate brain trauma, people with very severe head injuries are unlikely to benefit from it, the researchers say.

The price of the drug varies slightly around the world - a course of treatment in the UK would cost about £6.20 per patient.

One of the lead investigators, Prof Haleema Shakur, from the LSHTM, said: "The results are just amazing. It's the first trial to ever show that a [medical] treatment can reduce the risk of traumatic brain injury patients dying.

"This is the first time that we have seen a beneficial effect. It will have huge implications worldwide.

"It's a widely available drug, it's relatively cheap and it's really simple to give."

"Thanks to these latest results, which are applicable to patients with head injuries of any cause and of all demographics, clinicians now have a potentially powerful new treatment available to them."

Dr Nicola Magrini, from the World Health Organization, said it would carefully evaluate the findings and consider whether to add tranexamic acid for head injuries to its Essential Medicines List - drugs it considers important enough to be made widely available to patients across the world.