Drug that prevents half of breast cancers carries on working 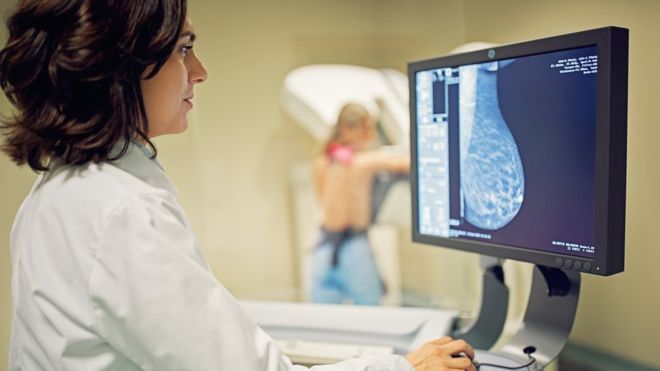 A drug that halves a woman's risk of breast cancer continues to work long after they stop taking it, say researchers.


A drug that halves a woman's risk of breast cancer continues to work long after they stop taking it, say researchers.

Anastrozole blocks the production of the hormone oestrogen, which fuels the growth of many breast cancers.

It is already available on the NHS, but researchers at Queen Mary University of London said only a tenth of eligible women were receiving it.

Who can take it?

Anastrozole can be given only after the menopause because it cannot suppress oestrogen in younger women.

It is already used as a treatment once breast cancer has been discovered, but now trials are focusing on preventing cancers emerging in the first place.

Previous research, has shown anastrozole halves the risk of breast cancer during the five years women took the drug.

But now, trials on 3,864 women show those taking it had 49% fewer breast cancers, even seven years after stopping treatment.

In other words - the benefit lasts.

The findings have been published in the Lancet and presented at the San Antonio Breast Cancer Symposium in Texas.

"Breast cancer is the commonest cancer in women and continuing to rise very rapidly," Prof Jack Cuzick, the director of the Wolfson Institute of Preventive Medicine at Queen Mary University of London, told the BBC.

He added: "We now have an agent that looks really effective, with minimal side-effects."

Post-menopausal women at high risk of developing breast cancer, due to family history and other risk factors, have been recommended to take the drug since 2017.

"Uptake has really been quite low," said Prof Cuzick.

"Currently its about 10% of these women and we think it should be substantially higher."

One issue is thought to be doctors being concerned about whether there was a long-term benefit.

Another was around side-effects such as stiff joints, hot flushes and vaginal dryness.

However, the study showed 75% of women given anastrozole were able to stick with the medication, compared with 77% who were asked to take a daily sugar pill.

The academics say this suggests the side-effects are not severe enough to stop women taking the drug.

How does the drug stop cancer?

Cancers are a corrupted version of healthy tissue.

However, a healthy cell does not become cancerous overnight. Instead it goes through multiple mutations that gradually morph it from healthy to cancerous.

Anastrozole seems to be able to kill some cells that have begun the journey to becoming a cancer.

"You're setting the clock back 20 years and you have to start from scratch to develop the cancer, which might take quite a long time," Prof Cuzick told the BBC.

Will this eliminate the need for mastectomies?

Drugs to prevent breast cancer mean having breasts removed is no longer the only preventive treatment.

But, some women are at such high risk of developing breast cancer that the danger would be too higher even with medication.

They may decide a mastectomy is still the best option.

In the future it is hoped research will be able to predict who is the most likely to benefit from the drugs or have the least side effects, which should make such decisions easier.

Are there other drugs?

Another drug that interferes with the hormone oestrogen - tamoxifen - can also be used to lower the risk of breast cancer.

There was a 49% reduction in breast cancer with anastrozole after 12 years (five on treatment and seven years off).

The equivalent figure for tamoxifen is 28%.

Dr Ivana Sestak, from Queen Mary, said: "The findings mean that for every 29 women taking anastrozole for five years, one case of breast cancer will be prevented during a 12-year period.

"Around 49 women would need to take tamoxifen for five years to prevent one breast cancer case during the same period."

However, tamoxifen is effective in women before the menopause.

Anastrozole costs about 4p per pill. The list price of tamoxifen is about 9p per tablet.

What do experts say?

Baroness Delyth Morgan, chief executive at Breast Cancer Now, said: "These major findings could be really important in helping post-menopausal women at high risk of breast cancer to decide whether anastrozole is the right option for them.

"It is worrying to hear that it may not be being offered to all that could benefit and we need to understand the extent of this potential issue.

"It's essential that we raise awareness of this option among doctors and patients."

Prof Charles Swanton, Cancer Research UK's chief clinician, said: "Up until now we only knew that tamoxifen has long-lasting benefits, so it's reassuring that this study looking specifically at anastrozole, which has fewer long-term side-effects, gives better protection to women years after they stopped taking the drug.

"Doctors may still decide that tamoxifen is more appropriate for some women, but it's great that there are options."