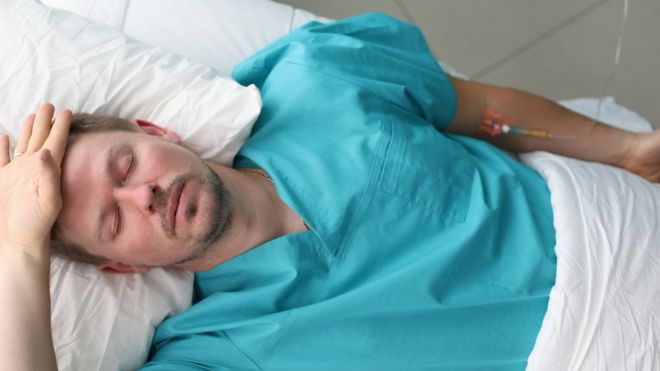 A study on 246 patients, reported in the journal European Urology, showed a single cycle of chemo was just as effective as the standard two cycles.

But the "shorter, kinder and cheaper" approach reduced the side-effects for cancer patients, scientists said.

Experts believe having less chemotherapy would make a "huge difference" to quality of life.

Testicular cancer is quite rare, affecting around 2,400 people in the UK each year.

However, it is unusual in that it strikes relatively young men - it is the most common type of cancer in those aged between 15 and 49.

The overwhelming majority of people diagnosed (98%) survive for at least 10 years after the cancer is first detected.

But as it affects people relatively young, the side-effects of treatment could last a lifetime.

The study, by the Institute of Cancer Research, London and University Hospitals Birmingham NHS Foundation Trust, was trying to reduce side-effects.

Patients in the trial - who were thought to be at high risk of the cancer coming back - were given just one course of chemotherapy.

Two years later, the cancer had recurred in only 1.3% of men - which is roughly the same number as those having the standard two courses.

Prof Robert Huddart, from the Institute of Cancer Research, said: "Reducing the overall dose of chemotherapy could spare young men who have their whole lives ahead of them from long-term side-effects, and also means they will need fewer hospital visits for their treatment.

"This new trial is already changing clinical practice on a global scale."

Chemotherapy can damage the immune system, increasing the risk of infections, damage organs - including the kidneys - and affect fertility.

Prof Emma Hall, another scientist at the institute, said: "Our study has found strong evidence to suggest that testicular cancer chemotherapy can be safely reduced from two cycles to just one - making their treatment shorter, kinder and cheaper."

"As more and more people survive cancer, it's essential to carry out studies like this, which look at how to improve things for people living with - and after - the disease."