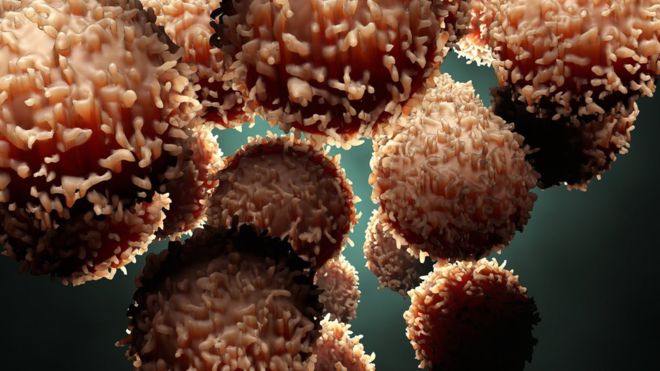 More than a thousand scientists have built the most detailed picture of cancer ever in a landmark study.


More than a thousand scientists have built the most detailed picture of cancer ever in a landmark study.

Their studies, published in the journal Nature, provide an almost complete picture of all cancers.

They could allow treatment to be tailored to each patient's unique tumour, or develop ways of finding cancer earlier.

A cancer is a corrupted version of our own healthy cells - mutations to our DNA change our cells until eventually they grow and divide uncontrollably.

Most of our understanding of this process comes from the sets of genetic instructions for building the body's proteins.

"That's a mere 1% of the whole genome," said Dr Lincoln Stein from the Ontario Institute for Cancer Research.

He said doctors would be "in the dark" when treating around a third of patients, as it was impossible to tell why their cells had become cancerous.

It has taken teams in 37 countries more than a decade to figure out what the 99% were doing.

The work, which took 22 scientific journal papers to describe, shows that cancer is massively complex, with thousands of different combinations of mutations able to cause cancer.

The project found people's cancers contain, on average, between four and five fundamental mutations that drive a cancer's growth.

These are potential weak-spots that can be exploited with treatments that attack these "driver mutations".

"Ultimately, what we want to do is to use these technologies to identify treatments that are tailored to each individual patient," said Dr Peter Campbell, from the Wellcome Sanger Institute.

However, 5% of cancers appear to have no driver mutations at all, showing there is still more work to do.

Scientists also developed a way of "carbon dating" mutations. They showed that more than a fifth of them occurred years or even decades before a cancer is found.

He added: "Unlocking these patterns means it should now be possible to develop new diagnostic tests, that pick up signs of cancer much earlier."

The challenge will be knowing which of these mutations will go on to become cancer and which can be safely ignored.