Health Coronavirus: Primary schools 'no greater risk than home' for pupils and staff 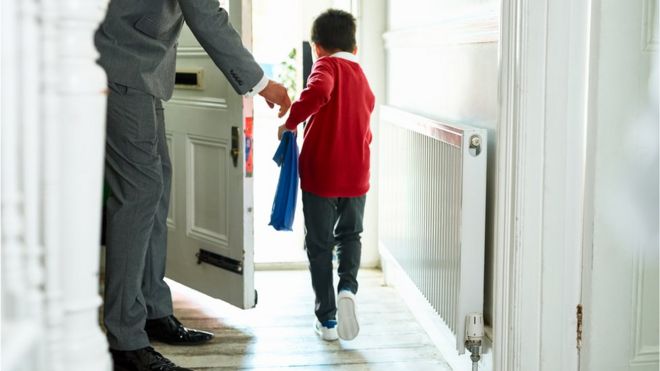 Attending primary school puts children and staff at no greater risk of contracting coronavirus than staying at home, a study of 131 schools suggests.


Attending primary school puts children and staff at no greater risk of contracting coronavirus than staying at home, a study of 131 schools suggests.

Tests to find out who had already had the virus found similar levels of antibodies in pupils and teachers.

But the study, of 12,000 adults and children in England, was carried out in June and early July, when there were very few cases around.

Experts say more studies are needed, when all children are attending school.

For the study, pupils and staff were tested during the last six weeks of the summer term when Reception, Year 1 and Year 6 children could return to school.

Since then, millions of children across the UK have returned to the classroom, with lessons resuming in England and Wales in the past few days. Schools in Scotland and Northern Ireland reopened last month.

Schools now look very different to what students were once used to, with pupils being told to stay in their "bubble" groups, follow one-way systems and social distance when necessary. Staggered start times have also been introduced, and hand-washing stations and screens installed.

Bubbles vary widely between schools. Some primary schools treat each class as a separate bubble, while secondary schools often have bubbles composed of entire year groups - sometimes of up to 300 children.

Scientists from Public Health England, who led the study, found just three people (one child and two staff) tested positive for the virus - 0.02% of those swabbed.

There was no evidence that any of these three people passed the virus on to others they lived with or worked with. This reflects previous research by PHE showing low numbers of cases and outbreaks in schools.

A separate sample of 2,100 staff and children, who were tested for antibodies, found 10.6% of pupils and 12.7% of staff had previously had coronavirus.

This could suggest that children are as likely as adults to be infected, rather than being less susceptible to the disease.

But because so few positive cases in children are detected, it confirms previous research that they are likely to experience mild symptoms, or none at all.

The study found children and staff who attended school more frequently were no more likely to test positive for antibodies than those who did not attend school, or went less often.