Coronavirus: Tests 'could be picking up dead virus' 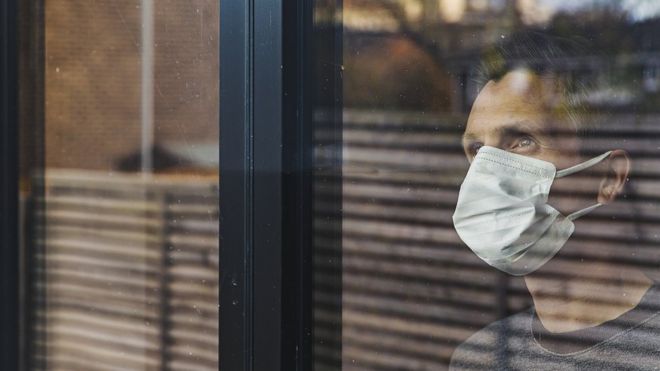 The main test used to diagnose coronavirus is so sensitive it could be picking up fragments of dead virus from old infections, scientists say.


The main test used to diagnose coronavirus is so sensitive it could be picking up fragments of dead virus from old infections, scientists say.

Most people are infectious only for about a week, but could test positive weeks afterwards.

Researchers say this could be leading to an over-estimate of the current scale of the pandemic.

But some experts say it is uncertain how a reliable test can be produced that doesn't risk missing cases.

Prof Carl Heneghan, one of the study's authors, said instead of giving a "yes/no" result based on whether any virus is detected, tests should have a cut-off point so that very small amounts of virus do not trigger a positive result.

He believes the detection of traces of old virus could partly explain why the number of cases is rising while hospital admissions remain stable.

The University of Oxford's Centre for Evidence-Based Medicine reviewed the evidence from 25 studies where virus specimens from positive tests were put in a petri dish to see whether they would grow.

This method of "viral culturing" can indicate whether the positive test has picked up active virus which can reproduce and spread, or just dead virus fragments which won't grow in the lab, or in a person.

This is a problem we have known about since the start - and once again illustrates why data on Covid is far from perfect.

But what difference does it make? When the virus first emerged probably very little, but the longer the pandemic goes on the bigger the effect.

The flurry of information about testing and the R number creates confusion.

But however we cut it, the fact remains there are very low levels of infection in the UK overall, lower than a number of other European countries.

Where there are local outbreaks the system - by and large - seems to be having success in curbing them.

And this comes after the opening up of society over the summer.

Of course, the big question is what happens next, with schools back and winter around the corner.

There is a growing sense within the public health community that the UK is in a strong position - and certainly a return to the high levels of infection seen in the spring should be avoided.

But there is also extreme caution and an understandable desire for complacency not to creep in.

How is Covid diagnosed?

The PCR swab test - the standard diagnostic method - uses chemicals to amplify the virus's genetic material so that it can be studied.

Your test sample has to go through a number of "cycles" in the lab before enough virus is recovered.

Just how many can indicate how much of the virus is there - whether it's tiny fragments or lots of whole virus.

This in turn appears to be linked to how likely the virus is to be infectious - tests that have to go through more cycles are less likely to reproduce when cultured in the lab.

But when you take a coronavirus test, you get a "yes" or "no" answer. There is no indication of how much virus was in the sample, or how likely it is to be an active infection.

A person shedding a large amount of active virus, and a person with leftover fragments from an infection that's already been cleared, would receive the same - positive - test result.

But Prof Heneghan, the academic who spotted a quirk in how deaths were being recorded, which led Public Health England to reform its system, says evidence suggests coronavirus "infectivity appears to decline after about a week".

He added that while it would not be possible to check every test to see whether there was active virus, the likelihood of false positive results could be reduced if scientists could work out where the cut-off point should be.

This could prevent people being given a positive result based on an old infection.