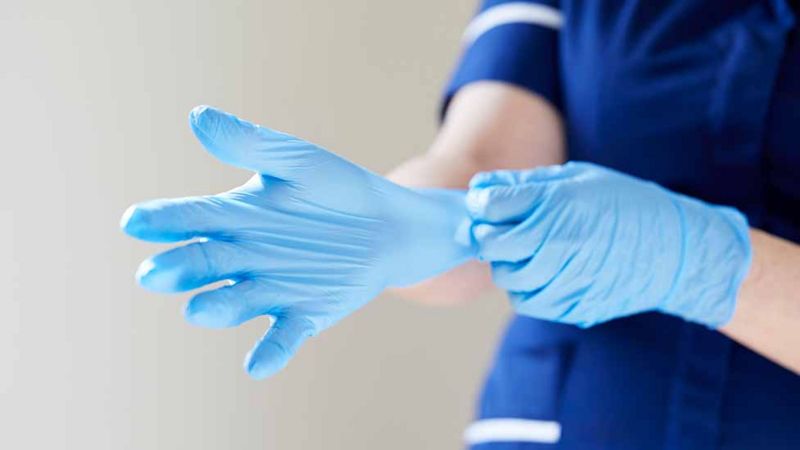 Personal protective equipment (PPE) stockpiles in England were inadequate for the Covid pandemic and price rises earlier this year cost taxpayers about £10bn, the spending watchdog has said.


Personal protective equipment (PPE) stockpiles in England were inadequate for the Covid pandemic and price rises earlier this year cost taxpayers about £10bn, the spending watchdog has said.

The National Audit Office said there had been a particular shortage of gloves and aprons.

The government said the NAO's report recognised that NHS providers had been able to get what they needed in time.

Each item had been "substantially" more expensive in 2020, because of very high global demand, the NAO said, from almost triple the cost for respirator masks to more than 14 times as much for body bags.

In reality, it had spent £12.5bn, including hundreds of millions on "unsuitable" items that could not be used.

Some had "passed its expiry date or did not meet current safety standards", the watchdog said, with "insufficient checks" meaning Public Health England had had to recall eye protectors that did not meet standards.

But Mr Johnson replied "99.5%" of the 32 billion items of PPE bought between February and July 2020 "conform entirely to our clinical needs".

Earlier, the Department of Health and Social Care (DHSC) said "only 0.49% of all the purchased PPE tested to date" had not been fit for purpose.

"Once it recognised the gravity of the situation... the price of PPE increased dramatically, and that alone has cost the taxpayer around £10bn."

Before the Covid-19 pandemic, there were two emergency stockpiles of PPE:

But the NAO said: "The EU exit stockpile held few items of PPE other than a large number of gloves."

Meanwhile, the flu stockpile, as well as having shortages of some key items, did not include any gowns or visors despite the fact they had been "recommended for inclusion in June 2019 by the New and Emerging Respiratory Virus Threats Advisory Group (Nervtag)".

Public Health England told the NAO it had been analysing the market to work out which gowns to buy, when the pandemic had begun, which it said was the "normal approach" to find a lower price.

In mid-March, the government had still believed its two stockpiles would provide "most of the PPE needed to manage a Covid-19 pandemic" and so focused on distributing this PPE rather than buying more, the NAO reported.

The situation had become "precarious" in April and May, with stocks threatening to run out.

At one point, only 3% of the required number of gowns had been available.

But the nation did not at any point run out of any type of PPE.

Was the UK at the back of queue?

The scramble for PPE in the early stages of the pandemic was not confined to the UK. Every healthcare system was desperate to secure protective equipment and prices soared. But the National Audit Office lays bare how the UK was at the back of the queue, having failed to spot the warning signs and how woefully inadequate the stockpiles were.

A failure to anticipate what might be needed for anything other than a flu pandemic in essence cost the taxpayer £10bn - the extra money needed to secure supplies such as gowns and visors during the Covid crisis.

The report highlights poor distribution of PPE with many staff saying they did not have the right equipment. The NAO notes starkly that health and care employers have reported more than 100 deaths among staff because of exposure to coronavirus.

An official inquiry, when it happens, will look hard at many aspects of the UK's preparedness and handling of the crisis and the PPE issue will be central. With a series of reports, the NAO has now done important groundwork but there is much still to find out.

A DHSC official said: "As the NAO report recognises, during this unprecedented pandemic all the NHS providers audited 'were always able to get what they needed in time' thanks to the Herculean effort of government, NHS, armed forces, civil servants and industry".

But the NAO heard feedback from care workers, doctors and nurses that showed "significant numbers of them considered that they were not adequately protected during the height of the first wave of the pandemic".

Employers have reported 126 deaths among health and care workers linked to exposure at work.

And there were concerns about training and whether the equipment was appropriately fitted, particularly from women and people belonging to ethnic minorities.

In a Royal College of Nursing survey of 5,000 NHS staff, 49% of respondents belonging to ethnic minorities said they had been adequately "fit tested" for a respirator, compared with 74% of white nurses.

The DHSC said it was "listening to the reported practical difficulties with the use of some PPE experienced by women and black, Asian and minority ethnic (BAME) individuals, among others, and... taking action to make sure user needs are adequately addressed in future provisions".

In a separate report, the Public Accounts Committee, a parliamentary body which works closely with the NAO, said it was "concerned that the department had no plan before the pandemic for how it might increase critical care equipment in the event of an emergency".

"This lack of preparedness was exacerbated by the fact that it did not know how many ventilators were available to the NHS to begin with," the PAC said.

But it added the government had managed to buy an additional 26,000 ventilators for use in the NHS, a "significant achievement".