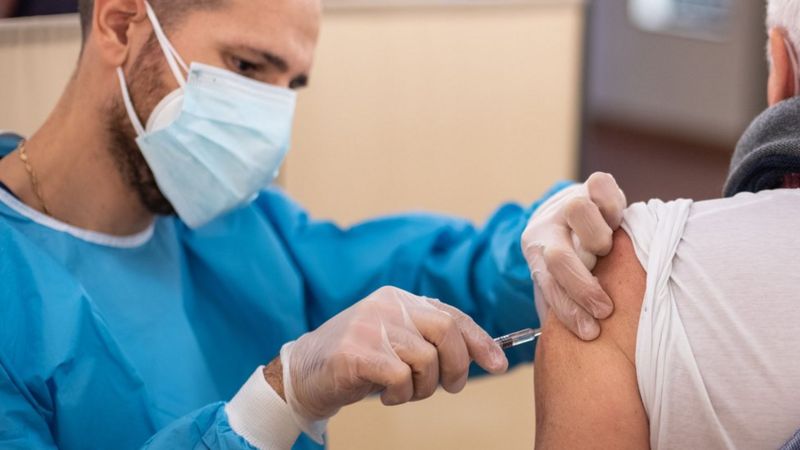 On Monday, the world heard how the UK's Covid vaccine - from AstraZeneca and Oxford University - was highly effective in advanced trials.


On Monday, the world heard how the UK's Covid vaccine - from AstraZeneca and Oxford University - was highly effective in advanced trials.

It gave hope of another new jab to fight the pandemic that should be cheaper and easier to distribute than the Pfizer/BioNTech and Moderna mRNA vaccines that announced similarly impressive results just days before.

But after the jubilation, some negative press has followed.

On Thursday, multiple news outlets in the UK and US reported that there were questions over the data. They weren't about safety, but rather how effective the jab is.

The questions centre around efficacy levels.

That's because different doses of the vaccine were mistakenly used in the trial. Some volunteers were given shots half the planned strength, in error. Yet that "wrong" dose turned out to be a winner.

What does that mean?

Some of the shots were weaker than they were designed to be, containing much less of the ingredient that is meant to give a person immunity.

The jab is actually two shots, with the second given a month after the first as a booster.

While most of the volunteers in the trial got the correct dose for both of their two shots, some didn't.

Regulators were told about the error early on and they agreed that the trial could continue and more volunteers could be immunised.

The error had no effect on vaccine safety.

What were the results?

About 3,000 participants were given the half dose and then a full dose four weeks later, and this regime appeared to provide the most protection or efficacy in the trial - around 90%.

In the larger group of nearly 9,000 volunteers, who were given two full doses also four weeks apart, efficacy was 62%.

AstraZeneca reported these percentages and also said that its vaccine was, on average, 70% effective at preventing Covid-19 illness. The figures left some experts scratching their head.

Prof David Salisbury, immunisation expert and associate fellow of the global health program at the Chatham House think tank, said: "You've taken two studies for which different doses were used and come up with a composite that doesn't represent either of the doses. I think many people are having trouble with that.″

AstraZeneca stressed that the data are preliminary, rather than full and final - which is true for the reported Pfizer and Moderna jab results too. It is science by press release.

When they can, all of the companies will publish full results in medical journals for public scrutiny.

And they are submitting full data to regulators to apply for emergency approval so that countries can start using these three different vaccines to immunise whole populations.

Does it change anything?

The US regulator, called the FDA, have said any Covid vaccine needs to be at least 50% effective to be useful in fighting the pandemic.

Even if you take the lowest figure of effectiveness for the AstraZeneca jab, it still passes that benchmark.

The efficacy analysis was based on 131 cases of Covid-19 that occurred in the study participants:

The Oxford researchers are investigating why the weaker dose followed by a full one appeared to work better than two full ones.

One idea is that a low then high dose shot may be a better mimic of a coronavirus infection and lead to a better immune response.

But it is possible that the volunteers who got the half doses are somewhat different to those who got two big shots.

Moncef Slaoui, the scientific head of the US's Operation Warp Speed - the programme to supply America with vaccines - told US reporters that the half-dose group only included people younger than 55.

Since age is the biggest risk factor for getting seriously ill with Covid-19, a vaccine that protects the elderly is extremely important.

However, results from an earlier phase two study of the Oxford vaccine, published in The Lancet medical journal, showed the vaccine produced a strong response in all age groups.

An AstraZeneca spokesman said: "As we communicated earlier this week, there is strong merit in continuing to further investigate the half-dose/ full dose regimen.

"We are further evaluating the data and will work with regulators on the best approach for further evaluation. This would add to data from existing trials which are currently being prepared for regulatory submission."

What do other experts say?

Although the dosing was different, the rest of the study didn't change from the original plan.

Prof Peter Openshaw, an expert at Imperial College London, says the take home message should be that we have three very promising Covid vaccines that could soon become available to help save lives.

"We have to wait for the full data and to see how the regulators view the results.

"All we have to go on is a limited data release. The protection from the Oxford AstraZeneca vaccine may be less than that from the mRNA vaccines, but we need to wait and see.

"It is remarkable that each of the trials that are now reporting shows protection, which we did not know was going to be possible."

He added: "We have been wanting vaccines for many diseases for a long time and they haven't arrived - HIV, TB and malaria being good examples.

"The results so far seem to show that it can be done for Covid-19, and that's very good news indeed."