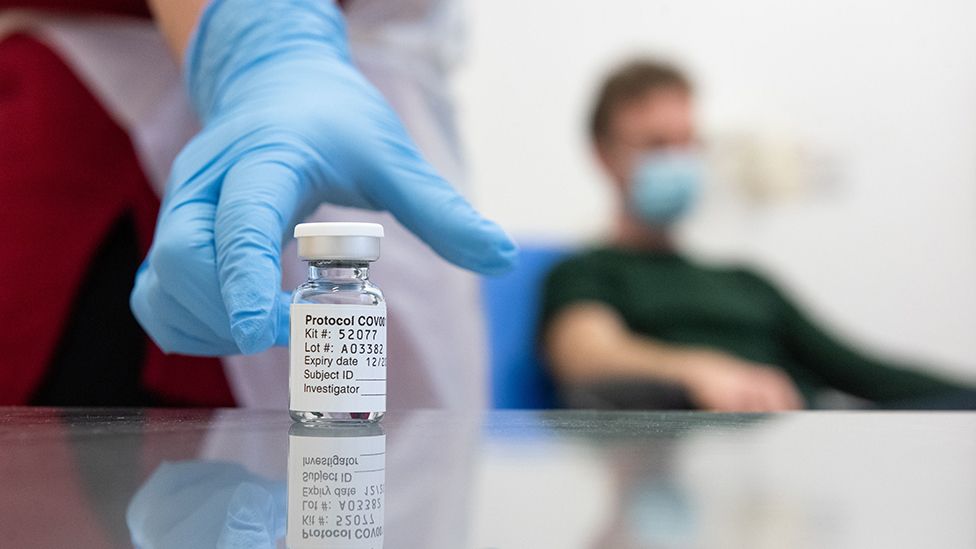 The Oxford-AstraZeneca vaccine could lead to a "substantial" fall in the spread of the virus, say scientists.


The Oxford-AstraZeneca vaccine could lead to a "substantial" fall in the spread of the virus, say scientists.

The impact of Covid vaccines on transmission has been a crucial unknown that will dramatically shape the future of the pandemic.

The study, which has not been formally published, also showed the vaccine remained effective while people waited for a second dose.

It was 76% effective during the three months after the first shot.

The impact on transmission is critical.

If a vaccine only stops you getting severely ill, but you can still catch and pass on the virus, then everyone will need to be immunised to be protected.

But if it also stops you spreading the virus then it would have a far greater impact on the pandemic as each person who is vaccinated indirectly protects other people too.

The study by the University of Oxford swabbed participants every week to test them for the presence of the virus.

If there is no virus then they cannot spread it. In the study, the numbers testing positive halved in people once they had been given two doses of the vaccine.

"The data indicate that [the vaccine] may have a substantial impact on transmission by reducing the number of infected individuals in the population," the report said.

The UK, amid global debate and in sharp contrast to other countries, is prioritising giving the first dose to as many people as possible.

The idea is to save more lives by giving more people some protection, but it means people will have to wait around three months for the booster instead of three weeks.

This study - on 17,000 people in the UK, South Africa and Brazil - showed protection remained at 76% during the three months after the first dose.

This rose to 82% after people were given the second dose.

Prof Andrew Pollard, from the Oxford Vaccine Trial, said: "These new data provide an important verification of the interim data that was used by more than 25 regulators including the MHRA and EMA to grant the vaccine emergency use authorisation.

"It also supports the policy recommendation made by the Joint Committee on Vaccination and Immunisation for a 12-week prime-boost interval, as they look for the optimal approach to rollout."

The report does not tackle the impact of the new variants on how well the vaccines work.

Prof Stephen Evans, from the London School of Hygiene & Tropical Medicine, said: "The data definitely provide some evidence to suggest that the eventual protection from two doses of this vaccine are not worsened by having a longer than 28 or 42 day period between doses, and tend to confirm what had been shown before, that if anything the eventual efficacy was better."

Health Secretary Matt Hancock said the study was "hugely encouraging", adding that it "further reinforces our confidence that vaccines are capable of reducing transmission and protecting people from this awful disease".

He said: "This report shows the Oxford vaccine works and works well.

"More than 9.6 million people have already received the first dose of their Covid-19 vaccine and the NHS is working tirelessly to vaccinate as many people as possible in every part of the UK."