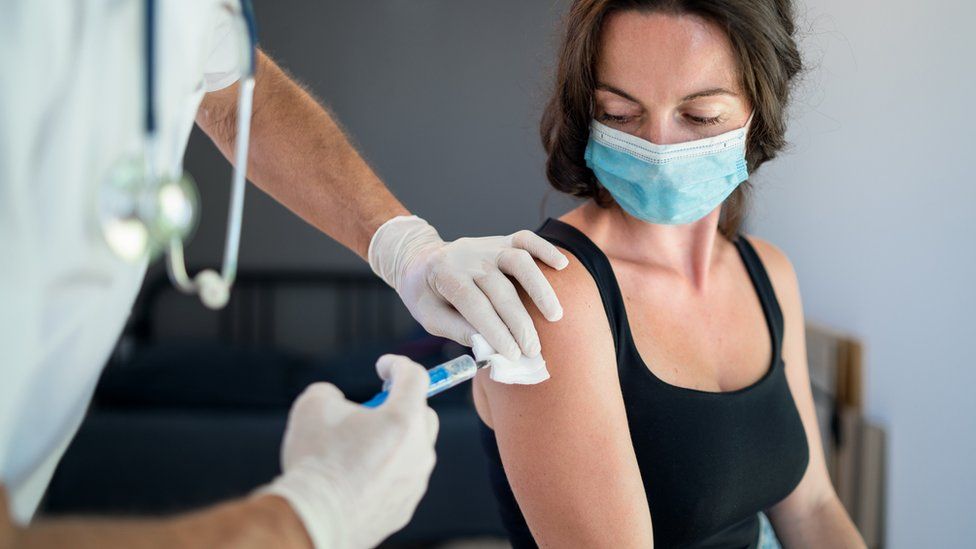 About one in three people recently given a Covid vaccine by the NHS report some side-effects.


About one in three people recently given a Covid vaccine by the NHS report some side-effects.

None was serious - a common one was some soreness around the injection site, the UK researchers who gathered the feedback found.

Experts say the findings, from about 40,000 people - mostly healthcare workers - are reassuring for the millions having the vaccines now.

Some side-effects are to be expected and not a bad thing, they say.

This is not the disease itself, but the body's response to the vaccine.

Covid vaccines do not contain the pandemic virus and cannot give people the disease.

Instead, they use a harmless version or part of coronavirus to teach the body how to recognise and fight the real thing, should it need to.

The researchers asked for feedback, via an app, from people who had received at least one dose of the Pfizer-BioNTech vaccine by early January.

These after-effects get better within a few days.

And all of the medical trials and real-world experiences so far suggest the vaccines are safe and effective.

Doctors do say people with a history of significant allergic reactions to ingredients in the Pfizer-BioNTech vaccine (or the similar Moderna vaccine) should not receive these. There have been a small number of allergic reactions needing treatment.

Safety checks will continue around the globe.

And in the UK, people can report concerns to the Medicines and Healthcare products Regulatory Agency's Yellow Card scheme.

Dr Anna Goodman, at Guy's and St Thomas' Hospital, in London, who has been running trials with other coronavirus vaccines, from Oxford-AstraZeneca and Novavax, said side effects may be unpleasant but suggested the immune system was responding to the vaccine.

But people still needed to follow social-distancing rules, because protection may not be 100%.

"Because you have more fever, that doesn't mean you are more immune," she said.

"You can't presume it to.

"Although, it does suggest that your immune system is, of course, doing something."

And people could take paracetamol for mild after-effects, such as a sore arm, she said.

He said anyone who had a fever or other symptoms that could suggest coronavirus should get tested, even if they have been vaccinated.