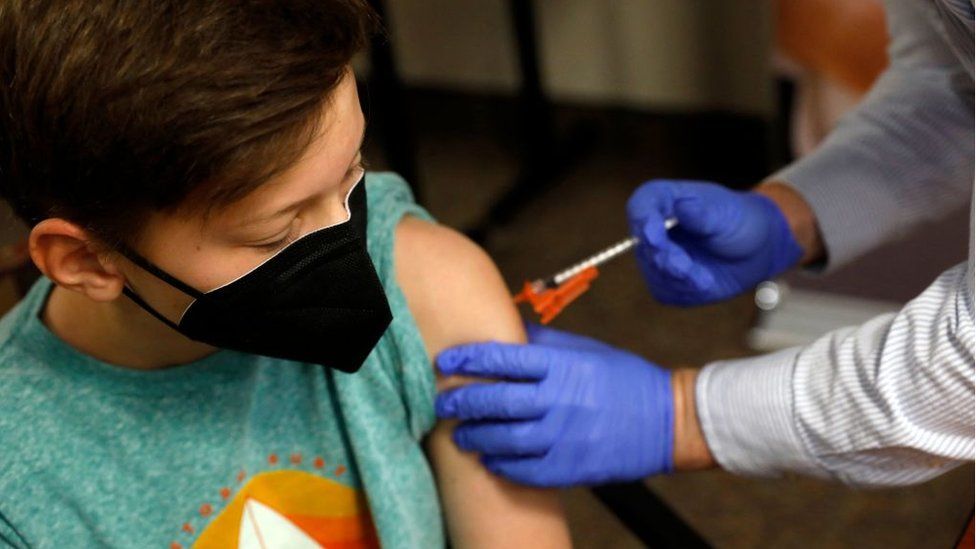 Offering children in some richer countries a coronavirus vaccine before some high-risk people in poorer ones is "morally wrong", a group of MPs has been told.


Offering children in some richer countries a coronavirus vaccine before some high-risk people in poorer ones is "morally wrong", a group of MPs has been told.

The US and Canada have made a jab available to children as young as 12.

But in many low-income countries those most at risk are yet to be vaccinated.

"The overall aim of a global vaccination programme in a pandemic is to stop people dying," said Prof Pollard, director of the Oxford Vaccine Group, who led the trials for the Oxford-AstraZeneca vaccine.

"I have worked in Nepal and Bangladesh and colleagues there are facing the most appalling circumstances - they're not working in a situation where there's an NHS to support them," he told the All-Party Parliamentary Group on Coronavirus.

"It feels completely wrong to be in a situation morally where we are allowing that to happen whilst in many countries vaccines are being rolled out to younger and younger populations at very, very low risk.

"Children have near to zero risk of severe disease or death."

The Pfizer vaccine, which has been approved in the US and Canada, has completed trials in adolescents.

And a number of other Covid vaccines are being tested on this age group and younger.

But Prof Pollard said: "The main issue at the moment is to try and make sure the doses go to those in greatest need.

"This is a global problem which impacts our economies and puts pressure on health systems."

Studies show over-50s, people with certain health conditions and healthcare workers are most likely to become seriously ill or die from coronavirus - but many in parts of Africa and South Asia are still waiting for a vaccine.

Covax, the international scheme to ensure equal access to Covid vaccines, is currently short of 140 million doses, after a disruption in supply from India.

Unicef and the World Health Organization have both called on wealthier countries to share their surplus supplies, as some have ordered enough to vaccinate their populations many times over.

A Foreign, Commonwealth and Development Office spokesperson said £548 million has been provided to deliver more than a billion vaccines to more than 70 countries.

They added the UK will share the "majority of any future surplus coronavirus vaccines from our supply with the COVAX pool, when these are available".

Prof Pollard said his key message to the government would be to act with "absolute urgency" or "many millions could die between now and September".

"We can't wait until later this year to make decisions, he said.

"It has to be now that we look at redistribution and how we get doses to countries that have poor access at the moment - and that is through Covax."

Another witness told the MPs' panel richer countries were "hoarding doses" and he feared they would do the same with potential booster shots in the future.

But the production of vaccine in low- and middle-income countries would prevent this.

"We hear from so many manufacturers in places like Pakistan and Bangladesh and Indonesia - they're ready, they've got some capacity," Prof Gavin Yamey, director of the Centre for Policy Impact in Global Health, at Duke University, in the US, said.

"It's fine to continue donating - but there has to be a long-term vision.

"This pandemic could be with us for years.

"Is it really just going to be charity - drip, drip, drip of a few doses from rich countries?

"That's not a long-term vision."