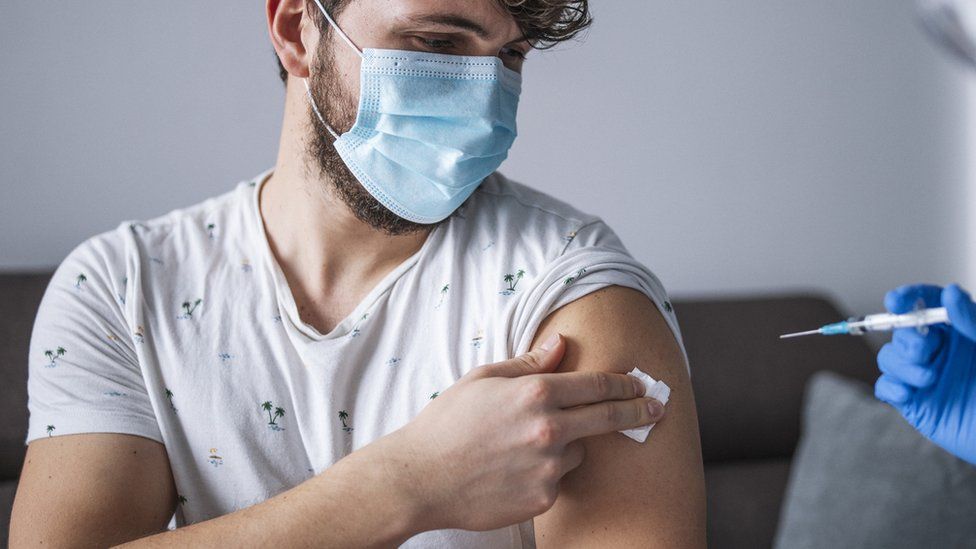 All adults aged 25 to 29 in England who have not yet had a Covid vaccine will be able to book their first dose from Tuesday.


All adults aged 25 to 29 in England who have not yet had a Covid vaccine will be able to book their first dose from Tuesday.

The move brings the UK a step closer to meeting the target to offer all adults a vaccine by the end of July.

But he said it was too soon to decide the next steps of unlocking.

That's because Covid cases are rising again, linked to a new variant first found in India, also known as B.1.617.2 or Delta.

It is now the dominant type in circulation and surge testing is taking place to try to stop it spreading further.

Under the government's proposed timetable remaining restrictions are due to removed on 21 June - the so-called step four of the road map back to normality.

Mr Hancock told MPs: "It is too early to make decisions on step four, the road map has always been guided by the data.

"So we'll assess the data and announce the outcome a week today on 14 June."

He said jabs were still working though, "breaking the link between infections, hospitalisations and deaths, a link that was rock solid back in the autumn".

"Despite the rise in cases, hospitalisations have been broadly flat. The majority of people in hospital with Covid appear to be those who haven't had the vaccine at all."

Of those, 83 were unvaccinated, 28 had one dose of vaccine and three had both doses, he said.

In England, people aged 25 and older can go online or call 119 to book.

In Scotland, people aged 30 and over are eligible for a vaccine. Wales is six weeks ahead of schedule and is vaccinating over 18s. In Northern Ireland, people 18 and over are invited to book.

NHS England chief executive, Sir Simon Stevens, said: "Getting the lifesaving Covid-19 jab is the most important thing you can do, with NHS staff vaccinating at over 1,600 sites including vaccine buses, places of worship, sport stadiums and other convenient locations.

"So, when you get that text, book your appointment and join the millions who are already protected."

People aged 39 and under who are eligible and pregnant women will be offered the Pfizer or Moderna vaccine, in line with guidance.

Meanwhile, the UK has recorded more than 5,000 new Covid cases over the past 24 hours.

There have been a further 154 hospital admissions, and there are currently 932 people being treated for Covid in hospital.