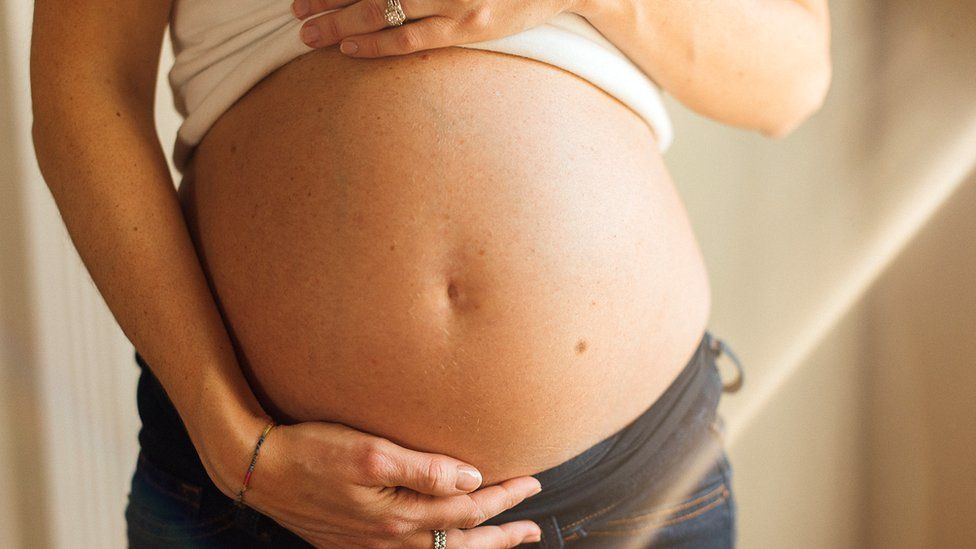 False and misleading claims that Covid-19 vaccines harm fertility and cause miscarriages are still circulating online, against all the evidence.


False and misleading claims that Covid-19 vaccines harm fertility and cause miscarriages are still circulating online, against all the evidence.

Doctors are extremely cautious about what they recommend during pregnancy, so the original advice was to avoid the jab.

But now, so much safety data has become available that this advice has changed and the vaccine is now actively encouraged (as getting Covid itself can put a pregnancy at risk).

We have looked at some of the more persistent claims - and why they are wrong.

A study shows the vaccine accumulating in the ovaries - False

This theory comes from a misreading of a study submitted to the Japanese regulator.

The study involved giving rats a much higher dose of vaccine than that given to humans (1,333 times higher).

Only 0.1% of the total dose ended up in the animals' ovaries, 48 hours after injection.

Far more - 53% after one hour and 25% after 48 hours - was found at the injection site (in humans, usually the arm). The next most common place was the liver (16% after 48 hours), which helps get rid of waste products from the blood.

The vaccine is delivered using a bubble of fat containing the virus's genetic material, which kick-starts the body's immune system.

And those promoting this claim cherry-picked a figure which actually referred to the concentration of fat found in the ovaries.

Fat levels in the ovaries did increase in the 48 hours after the jab, as the vaccine contents moved from the injection site around the body.

But, crucially, there was no evidence it still contained the virus's genetic material.

Posts also claimed the study had been "leaked", though it was in fact publicly available online.

Some posts have highlighted miscarriages reported to vaccine-monitoring schemes, including the Medicines and Healthcare products Regulatory Agency (MHRA) Yellow Card scheme in the UK and the Vaccine Adverse Event Reporting System (VAERS) in the US.

Anyone can report symptoms or health conditions they experience after being vaccinated. Not everyone will choose to report, so this is a self-selecting database.

There were indeed miscarriages reported in these databases - they are unfortunately common events - but this does not mean the jab caused them.

A study has found data showing the miscarriage rate among vaccinated people was in line with the rate expected in the general population - 12.5%.

Dr Victoria Male, a reproductive immunologist at Imperial College London, says these reporting systems are very good for spotting side-effects from the vaccine that are normally rare in the general population - that's how a specific type of blood clot was linked in some rare cases to the AstraZeneca vaccine.

If you suddenly start seeing unusual symptoms in vaccinated people, it raises a red flag.

They are not so good at monitoring side-effects that are common in the population - such as changes to periods, miscarriages and heart problems. Seeing them in the data doesn't necessarily raise these red flags because you'd expect to see them anyway, vaccine or not.

It's only if we start getting many more miscarriages than are seen in unvaccinated people that this data would prompt an investigation - and that's not been the case.

Some people have also shared graphs showing a big rise in the overall number of people reporting their experiences to these schemes compared with previous years, for other vaccines and drugs.

This has been used to imply the Covid vaccine is less safe. But the rise doesn't tell us that, what it shows is that an unprecedented proportion of the population is being vaccinated.

Vaccines could attack the placenta - No evidence

A widely shared petition from Michael Yeadon, a scientific researcher who has made other misleading statements about Covid, claimed the coronavirus's spike protein contained within the Pfizer and Moderna vaccines was similar to a protein called syncytin-1, involved in forming the placenta.

He speculated that this might cause antibodies against the virus to attack a developing pregnancy, too.

Some experts believe this was the origin of the whole belief that Covid vaccines might harm fertility.

In fact syncytin-1 and the coronavirus's spike protein are just about as similar as any two random proteins - if the body was that easily confused, it would risk attacking its own organs every time it caught an infection and developed antibodies.

But now evidence has been gathered to help disprove his theory.

US fertility doctor Randy Morris, who wanted to respond directly to the concerns he'd heard, began monitoring his patients who were undergoing IVF treatment to see whether vaccination made any difference to their chances of a successful pregnancy.

Out of 143 people in Dr Morris's study, vaccinated, unvaccinated and previously infected women were about equally likely to have a successful embryo implantation and for the pregnancy to continue to term.

The study is small, but it adds to a large volume of other evidence - and were the claim true, you would expect that to show up even in a study of this size.

Dr Morris pointed out that people spreading these fears had not explained why they believed antibodies produced in response to the vaccine could harm fertility but the same antibodies from a natural infection would not.

The problem is, while scientists are rushing to provide evidence to reassure people, by the time they can report their findings people online have moved on to the next thing.

As Dr Morris explained: "The hallmark of a conspiracy theory is as soon as it's disproven, you move the goalpost."