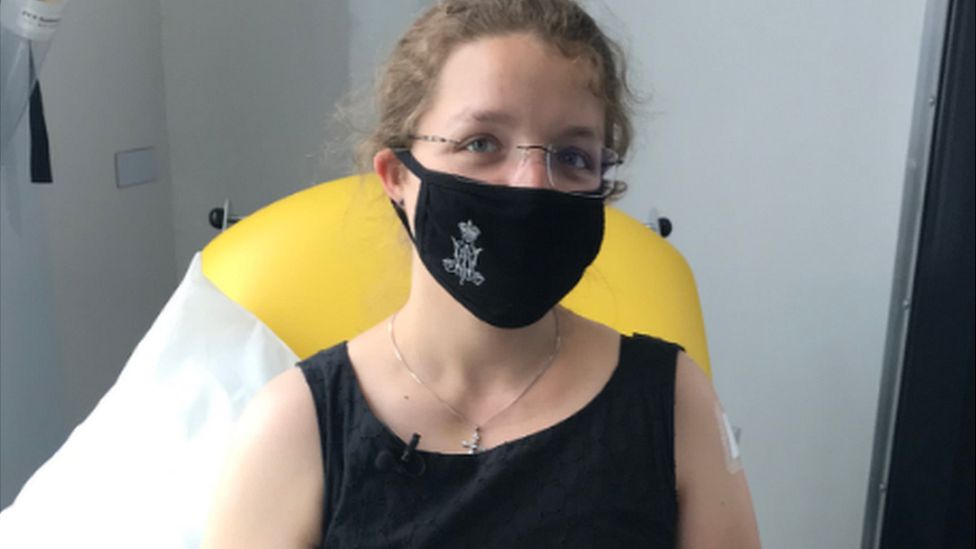 UK scientists behind the AstraZeneca Covid jab have given the first trial volunteers a new plague vaccine.


UK scientists behind the AstraZeneca Covid jab have given the first trial volunteers a new plague vaccine.

One of them, Larissa, 26, hopes she can help save lives by volunteering for the research, at the University of Oxford, where she studies genetics.

The phase-one trial will see at least 40 healthy 18- to 55-year-olds test the vaccine, which uses the same technology as the coronavirus jab.

Its target is a centuries-old bacterial threat, not the new pandemic virus.

For much of the world plague is a history lesson - the most infamous plague pandemic, the Black Death that swept through Europe in the 1300s, killed as much as half of the population.

But there are still cases in some rural areas of Africa, Asia and America.

Antibiotics can now be used to treat plague, if given early,

But many of the regions at risk of outbreaks are very remote.

An effective vaccine could offer a new way to protect lives.

And the trial will check how well the body recognises and learns to fight the plague after vaccination.

Larissa said: "I'm lucky enough to live in a time where vaccines are being developed.

"And so, when I saw that there was a study aiming at developing a vaccine against a disease that's been around for 2000 years and has killed millions and millions of people, I didn't hesitate, I just wanted to do my bit."

Asked if she was worried about side-effects, Larissa said: "I'm not too concerned.

"The vaccine that's being assessed today is using the same platform as the Covid vaccine, which has literally been administered to millions of people around the world."

Like the Oxford-AstraZeneca coronavirus vaccine, the jab uses a weakened version of a common-cold virus - adenovirus - from chimpanzees that has been genetically altered so it cannot cause an infection in people.

This vaccine does not contain plague bacterium and so cannot cause plague.

But it does include added genes that make proteins from the plague bacterium Yersinia pestis.

And this should teach the body's immune system how to fend off the real infection, should it ever need to.

The same approach could be used for other diseases too, the investigators say.

The trial, which will run for at least a year, is funded by Innovate UK, part of UK Research and Innovation, the national funding agency investing in science and research in the UK.