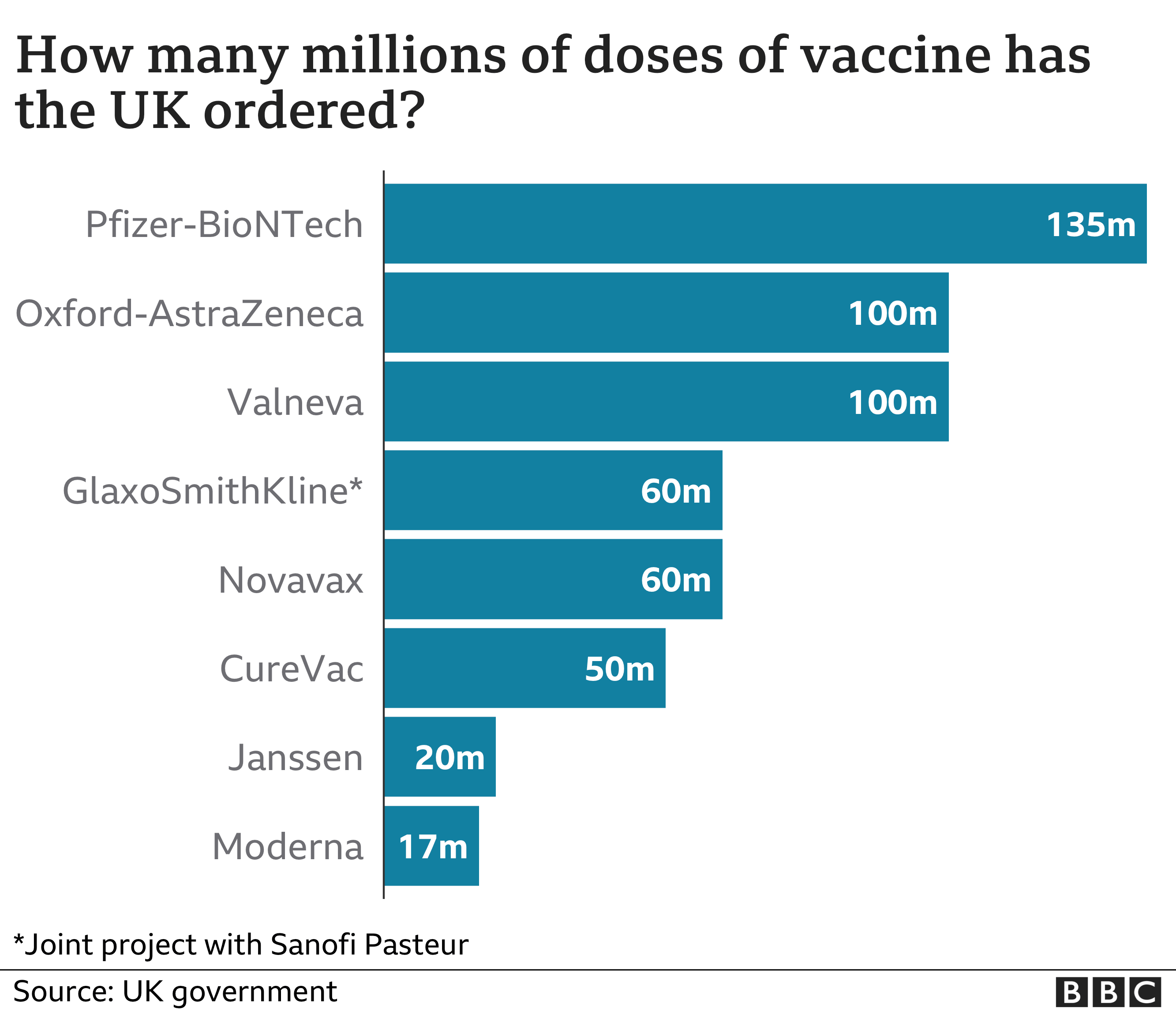 The vaccines are still providing strong protection, a year on from the initial two doses, says the scientist who developed the Oxford-AZ vaccine.


The vaccines are still providing strong protection, a year on from the initial two doses, says the scientist who developed the Oxford-AZ vaccine.

The UK's vaccine advisory body is set to decide whether booster doses against Covid-19 are needed this autumn.

Prof Dame Sarah Gilbert told the BBC that offering a third booster dose to millions of people was "a complex decision".

And she called for more vaccines to be licensed to increase supplies.

The Joint Committee on Vaccination and Immunisation (JCVI) has already said a third top-up dose should be offered to people with severely weakened immune systems, which accounts for up to half a million people in the UK.

But it has not decided if booster doses are needed to extend protection in larger numbers of people at high risk from Covid-19, including those normally eligible for a flu jab.

The UK reported a further 37,622 coronavirus cases on Friday, according to the latest government figures.

There have also been another 147 deaths of people who tested positive for the virus within the previous 28 days.Prof Gilbert, who began designing the Oxford-AstraZeneca vaccine in early 2020 when Covid first emerged in China, said there were no signs of immunity waning in ongoing trials of the vaccine, which started in April 2020.

Blood tests on volunteers who had been vaccinated more than a year ago, showed they had signs of good protection.

"It's the first dose of the vaccine that has the most impact, whoever you give that vaccine too," she said.

"We get good protection after a single dose and then it's improved by a second dose and we would expect to see it being maintained or possibly slightly improved then by third dose.

"As we would expect, with any other vaccine, we are seeing strong maintenance of the [immune] response."

Prof Gilbert also said the world needed more doses and more vaccine supplies, so there didn't need to be a choice between vaccinating one country over another.

"More doses are becoming available and we need to focus on getting those doses to countries that really need them," she said, adding that many African countries had only vaccinated 2% of their population.

Health Secretary Sajid Javid said on Thursday he was awaiting "final advice" from the JCVI, but was "confident" a booster programme would start later this month.

Interim advice issued by the JCVI in July suggested more than 30 million people should receive a booster dose, including all adults over 50.

The UK medicines regulator (MHRA) has approved the use of Pfizer and AstraZeneca as Covid booster vaccines, paving the way for a rollout ahead of the winter.

Prof Sir Andrew Pollard, director of the Oxford Vaccine Group, agreed there is a "fire raging all around the world with huge pressure on health systems in many, many countries".

He told BBC Radio 4's Today programme the UK had a "moral obligation" to help other countries, adding: "There is such a big risk, morally from our perspective - there's a risk to trade, there's a risk to economies, but also these are our friends and colleagues who need to be protected, and we are losing them every day that goes by."

Sir Andrew also said the UK still had high levels of protection from the virus, despite the fall in levels of people's immune response after having had the vaccine. The JCVI needs to look at the issue of who is ending up in hospital after being infected as part of its considerations, he added.

The UK has ordered more than 540 million doses of seven of the most promising vaccines, including the four so far approved for use - Pfizer, Oxford-AstraZeneca, Moderna and Janssen.

However, there are vast differences in the pace of progress in different parts of the world, and the government has pledged to donate 100 million surplus jabs to poorer countries before the middle of 2022.