Why women may wait decades for an ADHD diagnosis 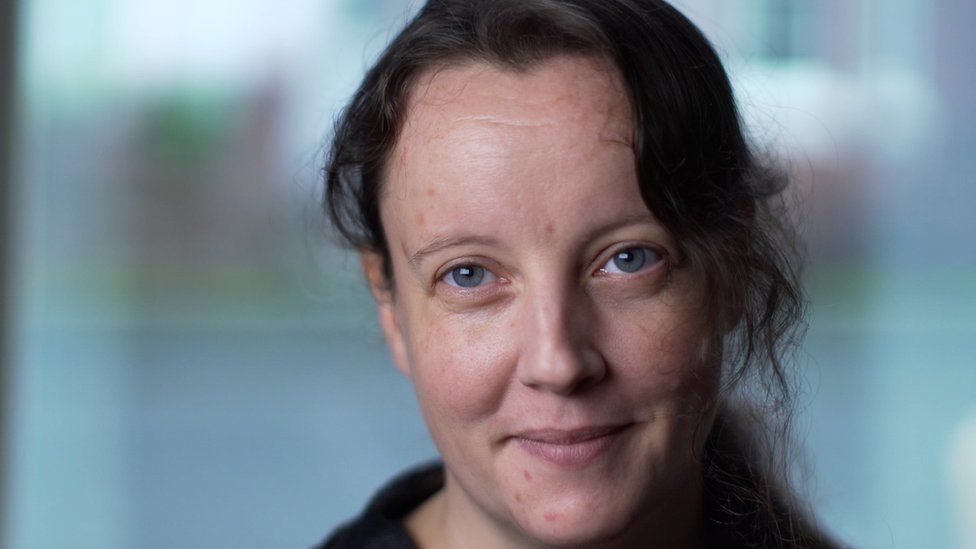 The prevailing stereotype ADHD affects only "naughty boys" means at least tens of thousands in the UK, it is estimated, are unaware they have the condition and not receiving the help they need.

"I used to tell doctors and therapists all the time, 'You've got to make this constant noise in my head stop. I can't think. I can't sleep. I can't get any peace,' but this was always dismissed as anxiety or women's problems," Hester says.

Diagnosed with depression at 16, she spent much of her 20s unsuccessfully battling to be referred to a psychiatrist.

And she constantly felt she was not reaching her true potential.

"I studied history at university and could write an essay on an academic subject - but when I worked as a sales assistant, I couldn't fill out an order form," Hester says.

"My mind would wander off and I would make mistakes.

"I would get a lot of criticism for that.

"I was always thinking, 'Why am I not able to manage things that other people can do so easily - like keep their house tidy or remember deadlines?'"

The anti-depressants and anti-anxiety pills Hester was encouraged to take were not helping but she learned to hide her struggle.

"You suppress who you are, so you can look like a normal person - but it's exhausting," she says.

"Then, I had a baby - suddenly, that extra pressure, the sleep deprivation, all the wheels fell off.

"When he was three-years-old, I had a nervous breakdown."

Hester was finally diagnosed with ADHD in 2015, aged 34, and only, she says, because her husband had discovered he had the condition, a year earlier.

"At no point did anyone say to Chris, 'This sounds like anxiety,' or 'Have some tablets,'" Hester says.

"He was taken seriously.

"Whereas with me, I was on the doctor's radar from the age of 16.

"Bluntly, it took so long for me to be diagnosed because I'm a woman."

A late diagnosis can have a negative impact on relationships and careers, as well as increase the risk of mental-health problems such as anxiety, depression and eating disorders.

Clinical and forensic psychologist Dr Susan Young says childhood is where the bias starts - with boys three to four times more likely to be diagnosed.

Research suggests boys tend to display more disruptive behaviours, such as rule-breaking or fighting, while girls' symptoms are likely to be more subtle.

"It's the boisterous boys who are causing problems in the classroom who are going to be referred for help, not the quieter girls who are criticised for daydreaming or not paying attention - but those girls are also struggling," Dr Young says.

"Women haven't just woken up with ADHD - there have been signposts all the way along their life."

Twiggy, 27, says the signs she had ADHD were clear at school.

"I loved English and drama," she says.

"If we were learning about Shakespeare, oh my gosh, I was on fire.

"If I was a boy, I think my behaviour would have been looked into - but I was just labelled a disruption."

But, with the support of her family and friends, she went on to study law at university and become a beauty journalist for a prominent magazine.

Twiggy first heard about ADHD in women on social media but then had to persuade her GP to refer her to a psychiatrist.

When her diagnosis was confirmed, last August, she cried tears of happiness.

"It was a huge relief knowing I'm not hyperactive because I'm annoying, I don't daydream because I don't care about what the person is saying, it is just the way my brain works," she says.

ADHD is a neurodevelopmental condition that comes in three types: inattentive, hyperactive/impulsive, or a combination of both, which is what Twiggy has.

All the women say their ADHD diagnosis has improved their lives.

For some, medication and therapy has helped.

For others, including Twiggy, all they needed were answers.

They may be viewed as having anxiety or depression.

They may have another condition alongside their ADHD, such as autism.

And this can lead to an incomplete or incorrect diagnosis that masks their underlying difficulties.

Leading experts say the diagnosis gap between males and females shrinks in adulthood.

But while NHS Digital data suggests diagnoses have been on the rise for both genders in recent years in England, in 2019-20, 33,000 women were diagnosed compared with more than 100,000 men.

As an adult, she exhibited risky behaviour - including being involved in six car crashes.

And her life was "chaos", the 66-year-old says, until her ADHD was confirmed, three years ago.

"I do think about what it would have been like if I had been told earlier," she says.

"My kids have turned out amazingly well - but I'm sad they've done it in spite of me not because of me.

"I could have had a career - I trained as a dispensing optician but I never managed to hold down a job long enough to progress.

"I would just walk out because I would get frustrated with people not understanding me.

"Before, I was like a volcano, ready to go off.

A Department of Health and Social Care official for England says guidance has been updated.to make it easier for doctors to diagnose ADHD in women and girls.

There are currently no dedicated services for adults with ADHD in Northern Ireland, according to a departmental official. Patients' needs are met via "generic mental-health services".

The Scottish government says it is carrying out a pilot project to improve the diagnoses of adults with neurodevelopmental disorders.

A review by the Welsh government of all-age neurodevelopmental services is due to be completed by March.