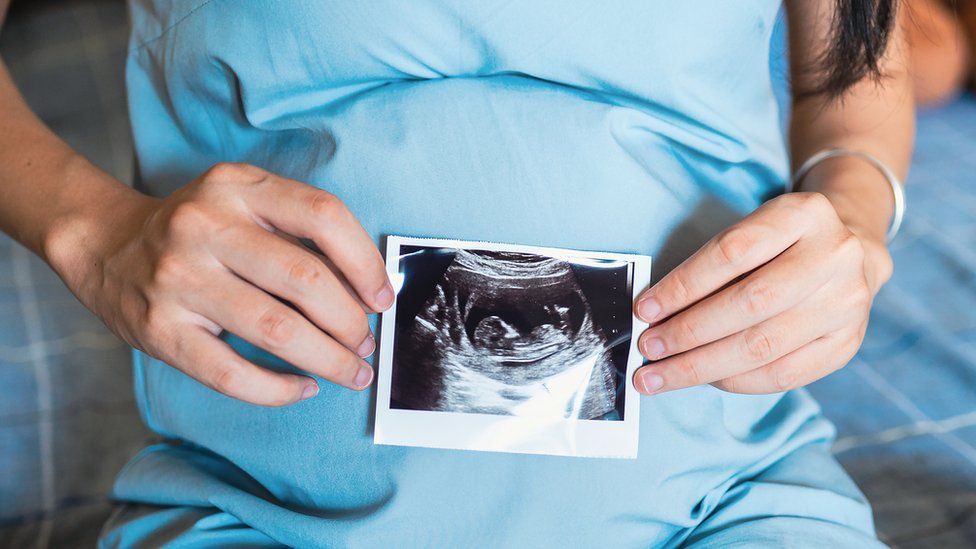 Women who experience bleeding in early pregnancy and have had at least one miscarriage should be treated with the hormone progesterone.


Women who experience bleeding in early pregnancy and have had at least one miscarriage should be treated with the hormone progesterone.

The new guidance, from the health watchdog NICE, is based on research suggesting the treatment could lead to 8,450 more births each year in the UK.

The more miscarriages a woman had, the more effective progesterone was, the trial found.

The naturally occurring hormone helps prepare the womb for the growing baby.

After five miscarriages, Josie is now 15 weeks into her sixth pregnancy.

It is her longest so far - and while it is impossible to know for sure whether her progesterone treatment is the reason, it makes a big difference to how she feels.

"If this is what is going to make it OK for us… it's just miraculous," she says.

"All we've ever wanted is to become parents.

"So to actually get this far and to have the opportunity and have the progesterone, it gives us incredible hope."

About one in five women experience bleeding, or spotting as it is sometimes called, in the first 12 weeks of pregnancy.

It often causes no problems but they are advised to have it checked out with their doctor or midwife to be sure.

Some may experience a "threatened miscarriage", where bleeding continues along with the pregnancy.

Most are told to go home and wait and see what happens next.

Doctors at the Birmingham Women's Hospital prescribed it for Josie.

A trial carried out by researchers at the Tommy's National Centre for Miscarriage Research which the new guidance is based on, found that progesterone didn't make much of a difference for women who just had bleeding and no previous miscarriages.

But the more miscarriages a woman had suffered, the more effective progesterone was.

One of those behind the Tommy's National Centre for Miscarriage Research research, Prof Arri Coomarasamy, from the University of Birmingham, said: "This is a very significant moment.

"We have an intervention that works that can stop a miscarriage.

"This gives hope to thousands of couples throughout UK.

"But it's really important to appreciate that only some miscarriages can be prevented by progesterone.

"There are other causes for miscarriages.

"We still need to study them.

"We need to find other effective treatment."

About one in four pregnancies ends in miscarriage - the vast majority in the first few months or trimester.

Royal College of Obstetricians and Gynaecologists president Dr Edward Morris said: "It is positive that NICE has acknowledged the latest evidence.

"We do, however, still have a way to go before understanding the best treatments for women experiencing unexplained pregnancy loss and would welcome further research in this area."

Professor Gillian Leng, NICE's chief executive, said the research evidence "is clear that progesterone will not be able to prevent every miscarriage".

But she said it would be "of benefit to some women, and as an inexpensive treatment option, can be made available to women on the NHS from today".