Covid-19: Israel could become the first country to give four vaccine doses 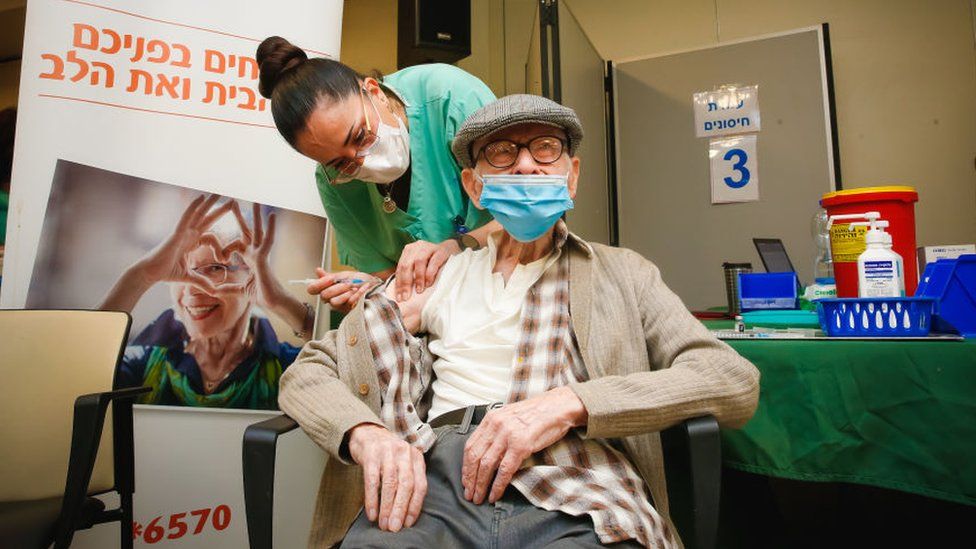 Israel says it plans to become the first country to roll out a fourth dose of the Covid-19 vaccine as the country prepares for a wave of infections driven by the new Omicron variant.


Israel says it plans to become the first country to roll out a fourth dose of the Covid-19 vaccine as the country prepares for a wave of infections driven by the new Omicron variant.

Israel's pandemic experts have recommended a fourth booster for the over-60s and health workers.

It comes as Israel confirmed the first known death of a patient with the Omicron strain on Tuesday.

The health ministry said there were at least 340 known cases of the variant in Israel.

The decision to roll out a fourth booster is still pending approval by senior health officials, however Mr Bennett's office told the BBC that it was hoping to administer the dose to people at least four months after their third dose.

"This is wonderful news that will assist us in getting through the Omicron wave that is engulfing the world," Mr Bennett said, as he urged people to take up the offer as soon as possible.

When Covid-19 vaccination programmes were first launched, Israel's jabs were rolled out quickly and there was a relatively high take-up.

However despite this, only about 63% of its population of 9.3 million has had two doses. This is partly to do with Israel being a relatively young country - about a third of its population is under the age of 14.

To help combat this, Israel announced in November that children aged from five years old could also get the jab.

On Monday, Mr Bennett said he wanted every eligible child to get the vaccine within the next two weeks to help "delay and slow and diminish" the strength of another wave of infections.

The country has already widened a travel ban to countries including the US, Germany, Italy and Canada to try to curb the spread of the virus.

Israel has confirmed more than 1.36 million Covid infections since the start of the pandemic, with some 8,200 deaths, according to data from Johns Hopkins University.