Smear tests might help pick up ovary and breast cancers 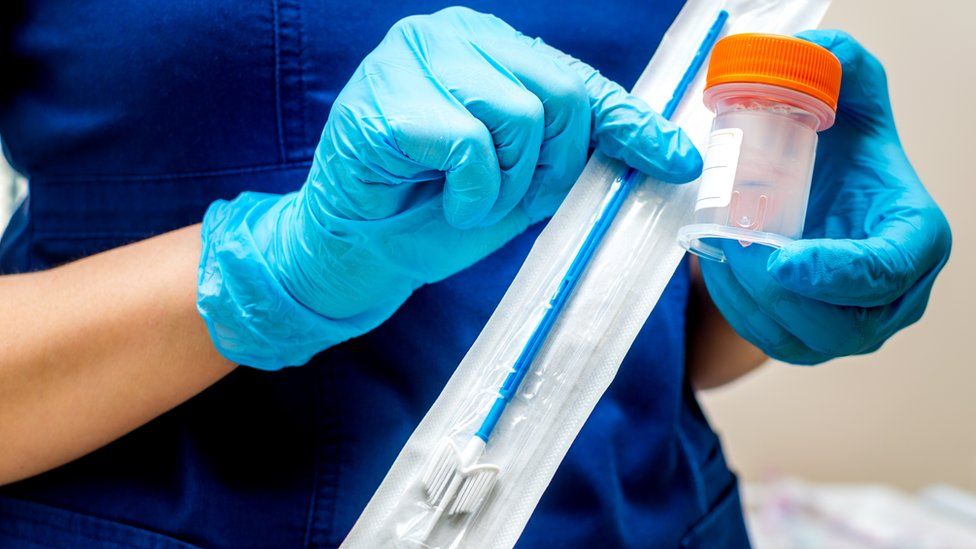 Cells collected during smear tests for cervical cancer might be useful for detecting early tumours elsewhere, such as in the breasts and ovaries, research suggests.


Cells collected during smear tests for cervical cancer might be useful for detecting early tumours elsewhere, such as in the breasts and ovaries, research suggests.

Scientists say they have found tell-tale signatures in these neck-of-the-womb cells linked to other cancers.

Looking for these patterns could provide a warning doctors can act on, they say in the journal Nature Communications.

Women are already invited for routine cervical-cancer checks and, every few years after the age of 50, breast-screening mammogram scans.

Early cancers are easier to treat.

But despite much research, there is still no reliable screening test for early ovarian cancer. These tumours are often more advance and harder to treat when they are found.

And researchers believe they have found some in smear-test samples that could help identify women at higher risk of specific other cancers, not just cancer of the cervix.

To identify down the most important ones linked to breast and ovarian cancer, Prof Martin Widschwendter and colleagues analysed cervical smear cell samples from:

They now recommend studies with more women to confirm their results.

Prof Widschwendter told BBC News: "What we are talking about is identifying women at higher risk who might not otherwise know it.

"They can then have additional cancer checks.

"It's a bit like checking blood pressure to see who is at risk of heart problems."

The work was funded by The Eve Appeal research charity that hopes to drive improved treatments for gynaecological cancers.

Dr Julie Sharp, from Cancer Research UK, said: "Screening for cervical cancer is already an invaluable tool, so it's interesting to see if cell samples taken through screening could be used in future to detect other cancers.

"However, we need further research to see how accurate this method is at detecting women with ovarian and breast cancer.

"Like the authors of this research, we look forward to seeing larger trials over longer periods to establish whether cervical cells could diagnose other cancers at an earlier stage."

It often causes symptoms similar to other more common and less serious conditions, including:

If you regularly have one or more of these symptoms, which are not normal for you, it is important to book an appointment with your GP.

Breast and cervical screening is also recommended for some trans or non-binary people. Talk to your GP or gender-identity clinic about this.

Men can develop breast cancer too and should not ignore symptoms such as a lump.