The myth of a 'super-charged' immune system 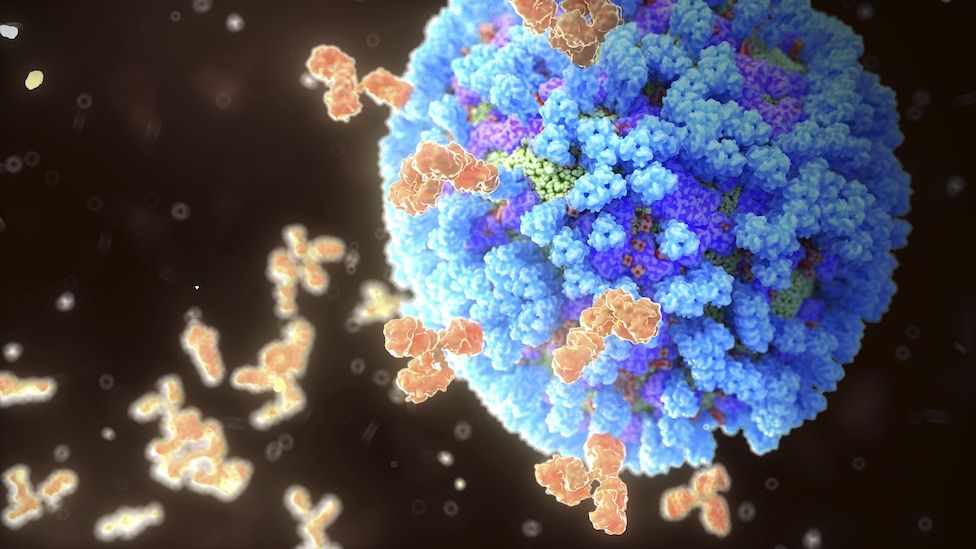 Suddenly we are all talking about immunity - but how much do we really understand? Science writer and YouTuber Philipp Dettmer unpicks one of the most common misconceptions.


Suddenly we are all talking about immunity - but how much do we really understand? Science writer and YouTuber Philipp Dettmer unpicks one of the most common misconceptions.

Next time you wake up feeling a bit under the weather, spare a thought for the army of soldiers fighting millions of enemies on your behalf.

Inside the fortress of your body.

While intruders attack hundreds of thousands of your cells, your immune system is organising complex defences, communicating over vast distances and dishing out a swift death to millions, if not billions, of these invaders.

All the while you are standing in the shower, mildly annoyed at being sick.

What you are feeling - the snotty nose, the raised temperature, the sore throat, the general feeling of being a bit "off" - is actually the effect of this battle going on out of sight.

The immune system is complicated in the sense that climbing Mount Everest is a nice stroll through nature. It is the most complex biological system in the human body, other than the brain.

And it's being talked about now more than ever before. The pandemic has introduced a new vocabulary into our lives. We talk about natural immunity in people who have recovered from Covid and immunity from vaccines.

Jabs, boosters, side effects... these are suddenly subjects of conversation as common as the weather.

But talking more about immunity doesn't necessarily mean we understand it more. Let's take an example. Perhaps the biggest misconception is the preoccupation society has with attaining a strong, "super-charged" immune system.

The internet is filled with products that promise to do exactly that. From infused coffee to protein powder, from mystical roots dug up in the Amazon rainforest to vitamin pills, the list is endless.

But what a lot of people fail to understand is that the immune system can be dangerous. It's not a thing we want to be unleashed inside us without limits.

In a world where self-improvement is big business, the idea of charging up your immune system is very appealing - but it's not a strong immune system we want, but a balanced one that keeps all the different systems in check.

We are talking about a complex and interconnected collection of hundreds of bases and recruitment centres all over your body. They are connected by a superhighway, a network of vessels, as similarly vast and omnipresent as your cardiovascular system.

On top of organs and infrastructure, billions of immune cells patrol either these superhighways or your bloodstream and are ready to engage your enemies when called upon. Billions more sit guard in the tissue of your body that borders your outsides waiting for invaders to cross them. There are also trillions of protein weapons that you can think of as land mines.

Your immune system also has dedicated universities where cells learn who to fight and how, complete with the largest biological library in the universe, able to identify and remember every possible invader that you may ever encounter in your life.

At its very core, the immune system is a tool to distinguish the other from the self. It does not matter if the other means to harm you or not. If the other is not on a very exclusive guest list that grants free passage, it has to be attacked and destroyed because the other might harm you.

You've probably got the picture by now - it's a highly complex system made up of many different components. A well-functioning immune system is very good at using just the right amount of force for any given infection. So the idea of strengthening these systems to be more aggressive is ridiculous.

Instead of a rugby player smashing into things, you want it to be a ballet dancer - highly trained, precise and able to strike with ease but dancing in harmony with the music.

There is an old Greek word homeostasis, the balance of all things, which is what we should strive for.

It's such an intricate system, so many things could go wrong if it was made more powerful. It could overreact to a minor infection. This misunderstanding is partly because people lack a good mental image of what the term means. They think of it as an energy shield that you can charge up. But it's not a thing at all, it's a multitude of things.

In reality, nobody knows how many cells of which kinds and at what activity level are necessary to have your immune system work optimally. Anybody who says that they know what is needed is probably trying to sell you something.

At least for now, there are no scientifically proven ways to make your immune system more aggressive through a superfood or pill. And if there were, it would be very dangerous to use them without medical supervision.

People prefer easy, quick solutions but health depends on very boring things that people don't want to hear. Exercise, a balanced diet and reduced stress. We all know these are good for us but we don't want to do it.

The most important thing is to eat a diet that provides you with all the vitamins and nutrients your body needs, for example fruits and vegetables. Your immune system constantly makes many billions of new cells and they need feeding.

The positive health effects of even moderate regular exercise have been known for a long time. Good circulation allows your cells and immune proteins to move more efficiently and freely, which makes them do their job better. Exercise can also slow down its decline in old age.

Leading less stressful lives has tangible benefits to our health in many ways, and one of them is the immune system. Without going into too much detail, stress can set off chains of events that disrupt the work and the balance of that system.

So why do some people seem to get colds and flus more than others? There are three reasons for that.

The reality is we are not the same. Lifestyle choices do matter. Maybe you smoke or you don't eat as well as others. Maybe you have a very stressful job or a job that exposes you to viruses, or perhaps you just don't get off the couch.

And thirdly there's perception. Everyone claims to know someone who says they never get sick but that's not true.

So maybe the next time you do wake up with a runny nose or a bit of a sweat, spare a thought for the army of helpers that's keeping you alive.

And instead of cursing your luck, maybe give thanks.