Covid vaccines not linked to deaths, major US study finds 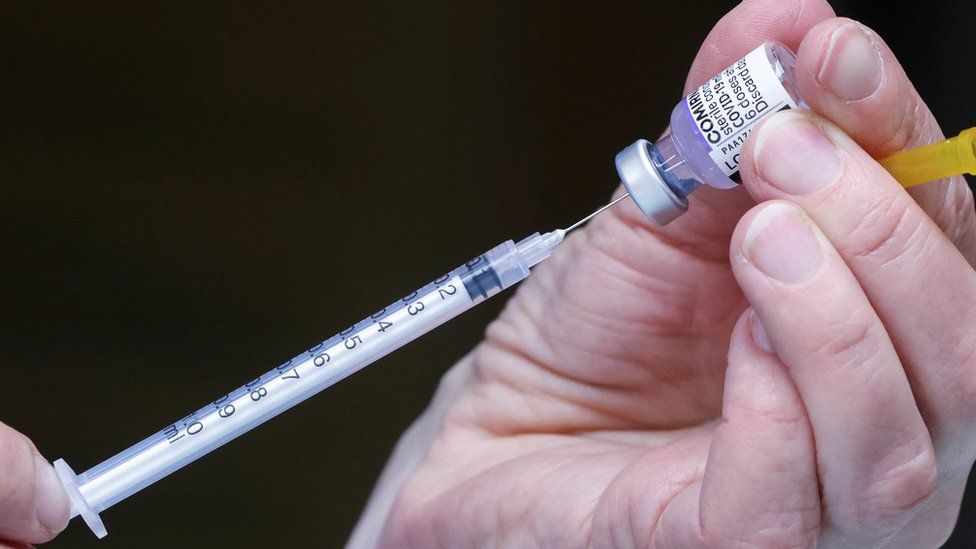 A major study of vaccine side-effects in the US found no link between two Covid jabs and the number of deaths recorded after vaccination.


A major study of vaccine side-effects in the US found no link between two Covid jabs and the number of deaths recorded after vaccination.

The Centres for Disease Control and Prevention (CDC) said 92% of reported side-effects after the Pfizer and Moderna vaccines were mild.

But no unusual patterns in the data were detected that might suggest a link to the vaccine itself.

Study author Dr Tom Shimabukuro said: "[It's] reassuring that reactions to both mRNA vaccines are generally mild and subside after one or two days - confirming reports from clinical trials and post-authorisation monitoring."

Researchers looked at "adverse events" from nearly 300 million vaccine doses given in the US between December 2020 and June 2021.

Members of the public, healthcare providers and drug companies can report any possible side-effect, using the Vaccine Adverse Event Reporting System (VAERS), run by the CDC and the US Food and Drug Administration (FDA).

A second method, V-safe, allows individuals to fill out a survey on their smartphone in the months after after vaccination.

Both systems rely on individuals deciding to self-report an adverse event.

The results of the study are published in the Lancet medical journal:

Other serious events, including a form of heart inflammation known as myocarditis, have already been identified following both the Pfizer and Moderna vaccinations, although that side-effect is very rare.

Because Covid jabs were originally authorised in the United States under emergency-use provisions, healthcare providers are required to report all deaths following vaccination, whether a doctor suspects a "plausible" link or not.

"The rapid pace at which Covid-19 vaccines were administered under emergency use, especially among older populations, was unprecedented," the CDC's Dr David Shay said.

"Due to their age, this group already has a higher baseline mortality rate than the general population and our results follow similar patterns of death rates for people in this age group following other adult vaccinations."

The researchers said less than 1% of people who filled out the V-safe survey had sought any medical care following vaccination.

Dr Elizabeth Phillips, a professor of medicine, at Vanderbilt University, who was not involved in the study, said: "Reassuringly, the six-month VAERS data supports that - although approximately one in 1,000 individuals vaccinated may have an adverse effect, most of these are non-serious.

"For adverse events of special interest, it is reassuring that there were no unexpected [safety] signals other than myocarditis and anaphylaxis, already known to be associated with mRNA vaccines."