Teenage social media use linked to less life-satisfaction for some 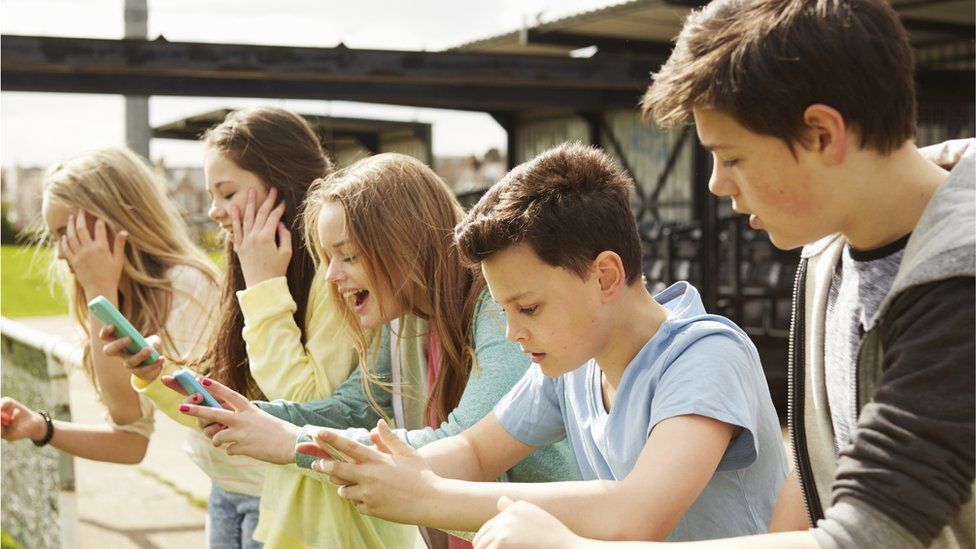 The more time girls aged between 11 and 13 spend on social media, the less likely they are to be satisfied with life a year later, a study suggests.


The more time girls aged between 11 and 13 spend on social media, the less likely they are to be satisfied with life a year later, a study suggests.

The UK study, in Nature Communications, shows the same pattern for boys aged 14 to 15, and 19-year-old boys and girls.

Scientists speculate the vulnerability to social media at particular ages may be linked to brain, hormonal and social changes during adolescent development.

They say more research is needed to fully understand and prove the link.

Researchers, from the Universities of Cambridge and Oxford and the Donders Institute for Brain, Cognition and Behaviour, say social media companies need to share more of their own data with scientists to allow further research.

Experts say social media can be a force for good, such as helping young people maintain social contact during the Covid pandemic.

She added: "Changes within our bodies, such as brain development and puberty, and in our social circumstances appear to make us vulnerable at particular times of our lives.

"We can now focus on the periods of adolescence where we know we might be most at risk, and use this as a springboard to explore some really interesting questions."

Researchers examined a large UK household survey of more than 72,000 people, who were asked to report how satisfied they were with life and how much time they spent talking to friends on social media on a typical day.

Young adolescents showed the most negative relationship between social media use and life satisfaction overall.

Scientists then focused on a smaller group of 17,409 10 to 21-year-olds to investigate whether present day social media use has an impact on future life satisfaction.

They looked at snapshot surveys of each person's self-reported life-satisfaction and self-reported social media use over seven years.

The study suggests among girls aged 11 to 13, those who had increased their social media in the last 12 months use were less satisfied with life a year later.

Researchers say their work cannot predict which individuals are most at risk. And they say many other factors - such as the exact nature of social media content and the people they are interacting with online - will have an impact on teenage well-being too.

They accept for some people, social media will have an overall positive impact, allowing them to connect with friends and find valuable support.

Prof Bernadka Dubicka, an expert in child mental health at the University of Manchester, said: "This is an interesting study, reflects the complexity seen in vulnerable adolescents in clinical practice, and finally moves away from the unhelpful dichotomy about whether social media is or isn't harmful.

"This study only covers a period up to 2018 - since then, social media use has become ever more prominent in young people's lives, particularly during the pandemic, and emotional difficulties, notably in older adolescent girls, have risen significantly.

"It will be vital to build on this research to understand both the harmful as well as supportive role of social media in young people's lives."