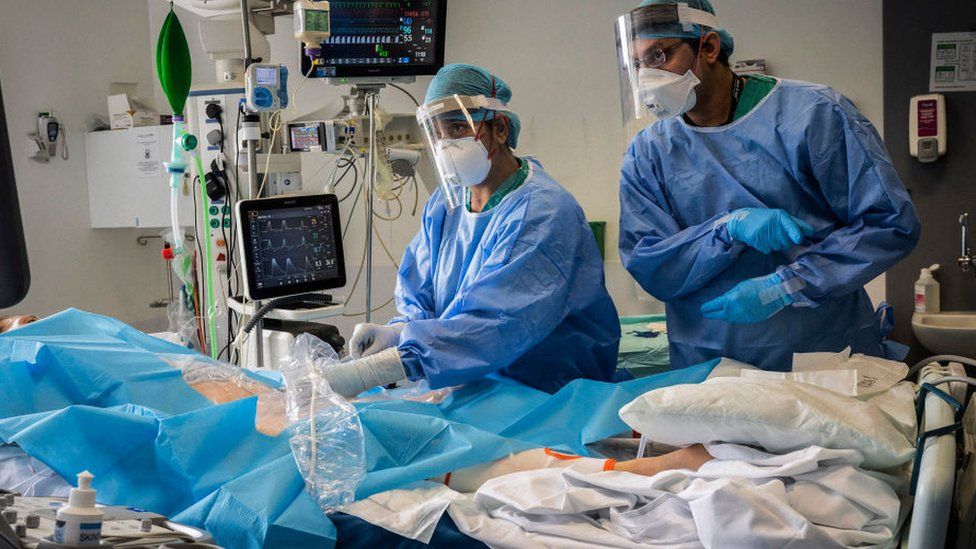 After a Covid infection, there is an increased risk of developing a serious blood clot for the next six months, a study from Sweden suggests.


After a Covid infection, there is an increased risk of developing a serious blood clot for the next six months, a study from Sweden suggests.

The research found people with severe Covid, and those infected during the first wave, had the highest clot risk.

This highlights the importance of being vaccinated against the virus, the researchers say.

Blood clots can also occur after vaccination but the risk is far smaller, a major UK study found.

People who have had Covid-19 are more likely to develop a blood clot - particularly patients who have needed hospital treatment. Scientists wanted to find out when that risk returns to normal levels.

The researchers tracked the health of just over one million people who tested positive for Covid between February 2020 and May 2021 in Sweden, and compared them with four million people of the same age and sex who had not had a positive test.

After a Covid infection, they found an increased risk of:

When the researchers compared the risks of blood clots after Covid to the normal level of risk, they found that:

The study, published in the BMJ, said the raised risk of blood clots was higher in the first wave than later waves, probably because treatments improved during the pandemic and older patients were starting to be vaccinated by the second wave.

'Good reason to have vaccine'

The risk of a blood clot in the lung in people who were very seriously ill with Covid was 290 times greater than normal, and seven times higher than normal after mild Covid. But there was no raised risk of internal bleeding in mild cases.

"For unvaccinated individuals, that's a really good reason to get a vaccine - the risk is so much higher than the risk from vaccines," says Anne-Marie Fors Connolly, principal study investigator from Umea University in Sweden.

The researchers can't prove that Covid caused the blood clots in this study but they have several theories on why it happens.

It could be the direct effect of the virus on the layer of cells which line blood vessels, an exaggerated inflammatory response to the virus, or the body making blood clots at inappropriate times.

Vaccines are very effective against severe Covid, but offer less protection against infection, particularly with the Omicron variant - meaning repeat infections with symptoms are common as countries work out how to live with Covid.

Frederick K Ho, public health lecturer from the University of Glasgow, said this study "reminds us of the need to remain vigilant to the complications associated with even mild [Covid] infection, including thromboembolism".

The risk of blood clots goes up after vaccination, but "the magnitude of risk remains smaller and persists for a shorter period than that associated with infection", he adds.