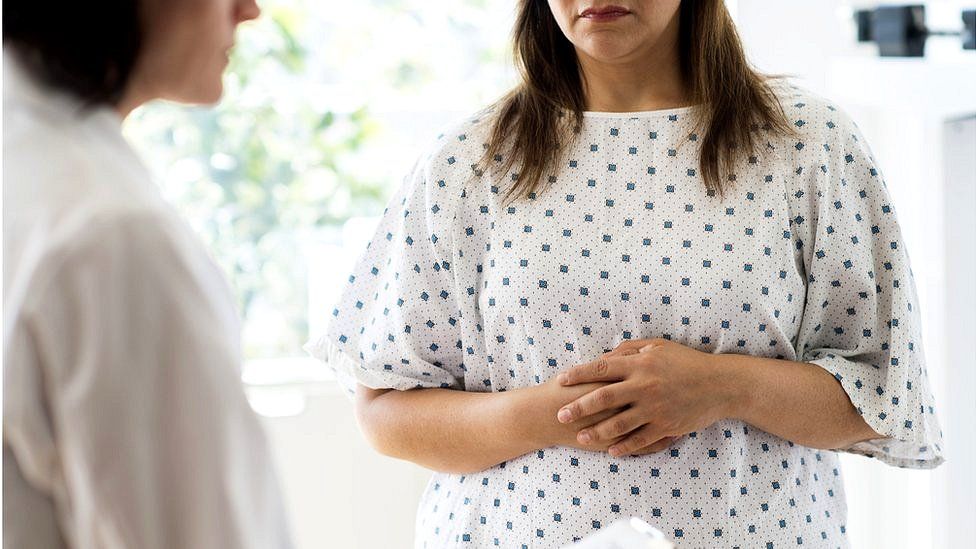 The Cancer Research UK (CRUK)-funded research involved 120,000 women in the UK, US and five other countries.

The charity says keeping a healthy weight can cut the risk of 13 different cancers. Genes and hormones may be other risk factors.

One theory is fat cells can send out signals telling other cells to divide more often, which can lead to cancer.

The growth of some breast cancers is linked to the female hormone oestrogen, which fat cells also produce, for example.

The CRUK study, led by a team at the University of Bristol and published in BMC Medicine, is one of the largest into the link between fat and womb cancer.

It looked at the effect of lifelong weight gain and uncovered two hormones, fasting insulin and testosterone, linked with obesity and womb cancer.

The researchers hope scientists could in future use drugs to regulate levels of those hormones in people at risk of developing the cancer.

Lead investigator Dr Emma Hazelwood said: "This study is an interesting first step into how genetic analyses could be used to uncover exactly how obesity causes cancer and what can be done to tackle it."

CRUK health information head Dr Julie Sharp said: "Studies like this bolster the fact that being overweight or obese is the second biggest cause of cancer in the UK and can help us start to pinpoint why.

"This will play a pivotal role in uncovering how to prevent and treat cancer in the future".

One in 36 UK women develops womb cancer and one in four people diagnosed is pre-menopausal.

The most common symptom is abnormal vaginal bleeding.