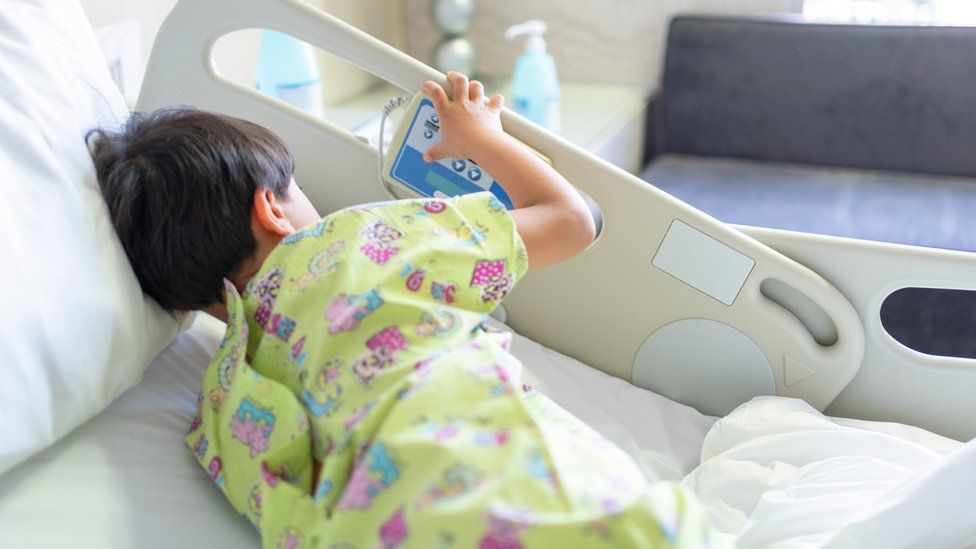 Health officials are now investigating 108 cases of sudden-onset hepatitis - or liver inflammation - in children in the UK since the start of this year.


Health officials are now investigating 108 cases of sudden-onset hepatitis - or liver inflammation - in children in the UK since the start of this year.

They say it is increasingly likely a virus which causes flu symptoms, known as adenovirus, could be the cause.

Officials are examining 79 confirmed cases in England, 14 in Scotland and 15 across Wales and Northern Ireland.

The first sign of an unusual rise in young children with liver inflammation was spotted in Scotland in late March.

Most of the children hospitalised so far are thought to be between the ages of one and five years old.

UKHSA's chief medical advisor, Professor Susan Hopkins, says that officials were still looking at a range of possible factors that could be behind the increase, but "the most likely" trigger was an adenovirus - a group of common viruses which usually cause colds, vomiting and diarrhoea in children.

"Transplants in this age group are extremely rare so therefore we are concerned, and we want to understand why this is happening and what else we can do," she told the BBC.

Prof Hopkins says 77% of childhood hepatitis cases currently under investigation have tested positive for some form of adenovirus.

Scientists and clinicians are now investigating whether there has been a change in the genetic make-up - or genome - of the virus that might trigger liver inflammation more easily.

Another possible explanation is that restrictions imposed in the pandemic may have led to young children being first exposed to adenovirus at a slightly later point in their lives, leading to a "more vigorous" immune response.

The UKHSA says it is keeping an "open mind" and not ruling out other possible causes, including Covid-19, other infections or an environmental trigger.

But it says there is "no link" with the Covid-19 vaccine, as none of the children involved has been vaccinated.

To minimise the chance of an infection, Prof Hopkins says parents should supervise good handwashing and hygiene at home.

The UKHSA has told parents and guardians to be on the lookout for the signs of hepatitis such as jaundice - a yellowing of the eyes and skin - and contact a GP if they are concerned.

Other symptoms of the liver condition include:

Earlier this week, the European Centre for Disease Control said an undisclosed number of childhood hepatitis cases had also been detected in Denmark, Ireland, the Netherlands and Spain.

In the US, Alabama's public-health department said nine cases had been found in one- to six-year-olds, with two needing liver transplants.

It's a broad term used to describe inflammation of the liver.

Usually the result of a viral infection, it can also be caused by exposure to some chemicals, drinking too much alcohol, drugs and certain genetic disorders.

There are five main types of hepatitis caused by specific viruses - known as A, B, C, D and E - but none of those so far appears to have caused the liver inflammation seen in these children.

Some types of hepatitis can pass without any serious problems, while others can be long-lasting.