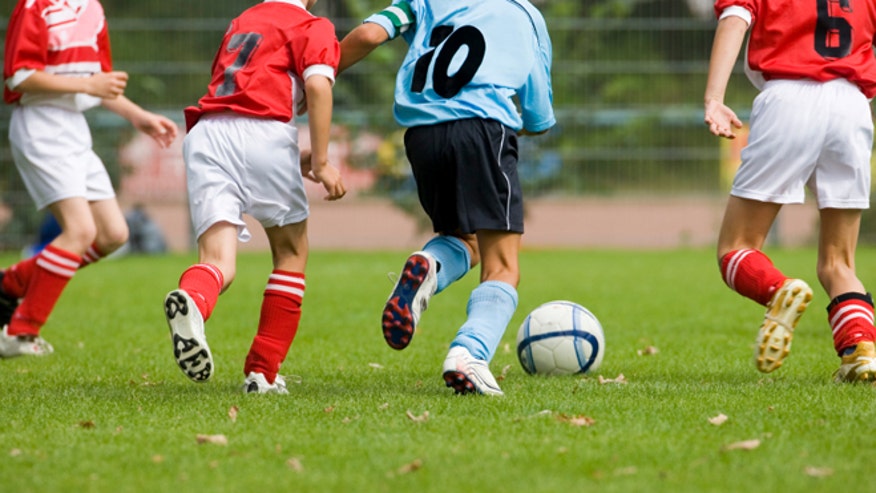 In a study of Dutch professional footballers, a bone deformity at the hip was much more common among men who started playing the sport at least four times a week before age twelve.


If the bones of the hip don't develop normally during childhood, a so-called cam deformity can occur, with extra bone growing near the ball-shaped top of the femur, potentially leading to joint damage and pain, according to the American Academy of Orthopedic Surgeons (AAOS).

Cam deformities begin to show up on X-rays in early adolescence, and tend to be more common among males and athletes in high-impact sports, the authors of the new study note in the British Journal of Sports Medicine.

“It is in youth, during growth, that bone activity is high and bone is very responsive to loading,” said lead author Igor Tak of the Sports Rehabilitation and Manual Therapy Department at Physiotherapy Utrecht Oost in The Netherlands.

“For girls this is between 10-14 and for boys this on the average 1.5 years later,” Tak told Reuters Health by email. “This suits our findings that when the threshold of loading with a high and low frequency is set at 12 years or 13 years of age, differences are visible between hip morphology of these boys later in life when being an elite player.”

For the new study, Tak and his coauthors studied X-rays of the hips of 63 players from two Dutch football clubs. The players’ average age was 23.

On average, the players had started practicing soccer at an amateur level around age six, and entered a professional football club, which would require four or more sessions per week, between ages 12 and 13.

The study team found that 40 of the 63 footballers had some type of cam deformity in one or both hips, while 18 had a “pathological deformity” at an angle severe enough to be associated with developing hip osteoarthritis at an older age.

Considering the 63 players’ total of 126 hips individually, 40 percent of those who had started playing in a professional club after age 12 had a cam deformity, compared to 64 percent of those who started before age 12. There was a similar difference in the number of pathological deformities.

Cam deformities make the “ball” part of the hip’s ball-and-socket less round, which can increase the risk of osteoarthritis later, Tak said. People who play ice hockey, football and basketball often have cam deformities, he said.

Athletes may work their hip joints more and begin to experience hip pain earlier, but exercise does not cause cam deformities, according to the AAOS.

Regular people who do not become elite athletes may experience the same thing if they play high-impact sports frequently during bone development, Tak said. Young people should moderate their high-impact sport participation around the age of the “growth spurt,” and it would be helpful to more exactly define when that is, but more information is needed on this topic, he said.

Almost a third of white males develop a cam deformity, and only a small number will develop clinical complaints of restricted range of motion or osteoarthritis pain, even at an older age, said Dr. Emmanuel Audenaert, an orthopedic surgeon at Ghent University in Belgium, who was not involved in the new study.

For the hips, growth plates stay open until age 16 to 18, which is relatively late, Audenaert said.

“During puberty and as a result of changing testosterone hormone balance, the growth plate weakens around the age of 12-13, making it even more sensitive to displacement or deformity,” Audenaert told Reuters Health by email.

“Severe muscular training and high loading activities should be restricted until skeletal maturity for any joint and sport,” he said. “At young age sportsmen should train on endurance, and maybe most of all technique.”

The results would likely be similar for non-elite athletes, but they would not have the same close medical follow-up and their hip problems may not be detected until middle age, he said.

The results of other investigations have been mixed and the new study only looks back at the pasts of current adult players, said Dr. Kasper Gosvig of Hvidovre Hospital in Denmark, who was not involved in the Dutch report. Another study following kids as they play sports and their cam deformities emerge is needed, he told Reuters Health by email.