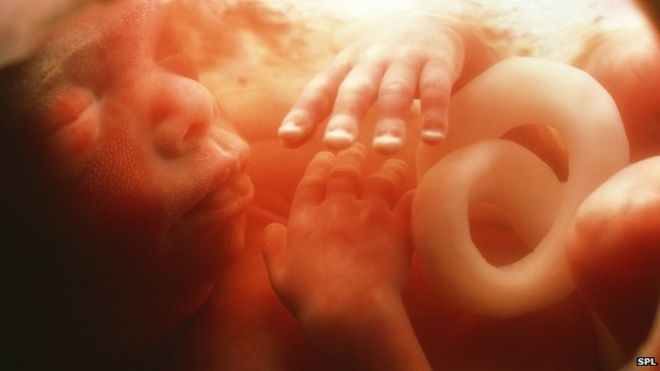 It would be unethical and a "sin of omission" to prevent the genetic engineering of embryos, a leading scientist has argued.

Cloning pioneer Dr Tony Perry told the BBC that advances in genetics posed a "wonderful opportunity" for eliminating diseases such as cystic fibrosis.


Last month, a group in China announced it was the first to successfully edit the genome of a human embryo.

Other scientists say it is unnecessary and a line that should not be crossed.

The breakthrough at Sun Yat-sen University in Guangdong, China, showed the errors in the DNA that led to a blood disorder, beta thalassaemia, could be successfully corrected in non-viable embryos.

It worked in seven out of 86 attempts and marked the latest development in one of the most exciting fields in science - Crispr.

It is the most precise tool for editing our DNA that has yet been developed, was named one of the top breakthroughs in 2013 and is already used in thousands of laboratories.

Any clinical applications are a distant prospect, but the arguments about it have already started.

UK law would allow embryos to be modified for research purposes, but not for implantation into a woman. Any change to the law would almost certainly face fierce ethical and religious opposition.

In an interview with the BBC News website in January, Dr Perry warned this technology would have huge implications for society as genetically modified designer babies were no longer HG Wells territory.

Dr Perry was part of the teams to clone the first mice and pigs and says the new technology should be embraced.

He told the BBC: "My view is this is such a wonderful opportunity to remove horrible diseases that it would be unethical not to explore it.

"I think it is a sin of omission, if you have a method where you can prevent someone suffering and you don't take that opportunity then it is wrong, it is unethical.

"But that needs to be in context of a full debate."

He called on government and research bodies to fund such research.

However, there is much disagreement about the next step and if there should even be one.

In a statement, the director of the US National Institutes of Health, Dr Francis Collins, has made it clear his organisation will not fund such research.

He said: "The concept of altering the human germline in embryos for clinical purposes has been debated over many years from many different perspectives, and has been viewed almost universally as a line that should not be crossed.

"Advances in technology have given us an elegant new way of carrying out genome editing, but the strong arguments against engaging in this activity remain."

One question around genetic modification has been whether there is any point at all.

Some argue that screening for genetic diseases as part of IVF would be a better method of preventing disorders being passed down through the generations.

Prof Peter Braude, from King's College London, said: "When you look at the eggs or the sperm there is always a very high proportion of those naturally that don't carry the disease.

"One does not manipulate the genes in any way, simply decide which of the embryos can be implanted into the woman safely in the knowledge they will not carry on that genetic disorder."

Although he acknowledges that it is "very clever and very precise and very remarkable technology that we're going to hear an awful lot more about".

Dr Perry counters: "But then people might have qualms as you've got to generate human embryos you know you are going to destroy as they will carry the mutation."

However, he does acknowledge there is an element of a Pandora's box about the field including genetic engineering for non-medical purposes.

"We have to grow up, we have to say, 'Look we have something potentially enabling, but it can be potentially misused, should we just cower in the corner?'"

He said it was possible for society to accept the technology for medical purposes, but draw the line at "a population of Lara Crofts and Jason Bournes".